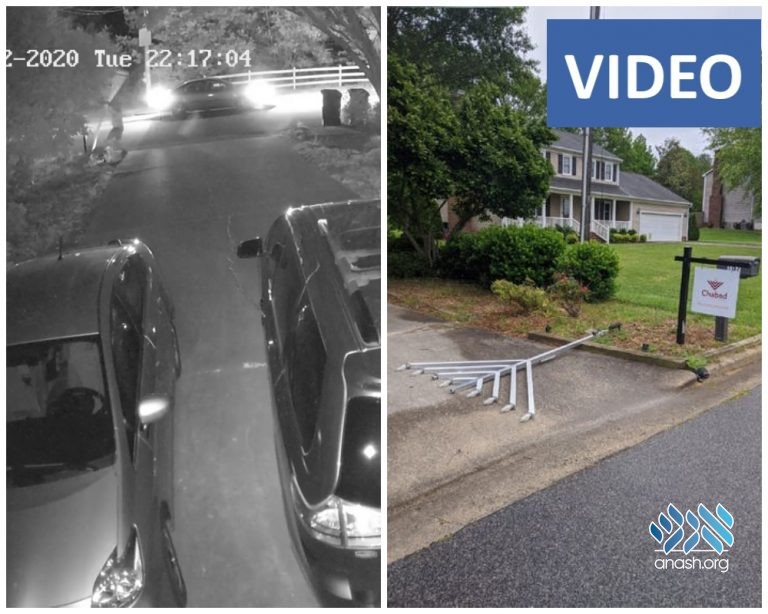 Elon police launched an investigation after the menorah posted outside of Elon University’s Chabad house was torn down late Tuesday night. Rabbi Mendy Minkowitz called it an act of vandalism.

The menorah posted outside of Elon University’s Chabad off-campus house was torn down late Tuesday night. In a statement to Elon News Network, Rabbi Mendy Minkowitz said this was an act of vandalism.

Minkowitz said the incident was caught on camera. According to a Facebook post from Chabad, and later a press release from the Town of Elon Police Department, the video shows an unidentified individual stop in front of the Chabad house and exit their car, tear down the Menorah, get back in their car and then drive away.

The town of Elon police released the video footage of the incident on Thursday evening.

According to Minkowitz, a police report was filed with the Town of Elon Police Department. The department said they are investigating the incident as a hate crime in a statement on May 14.