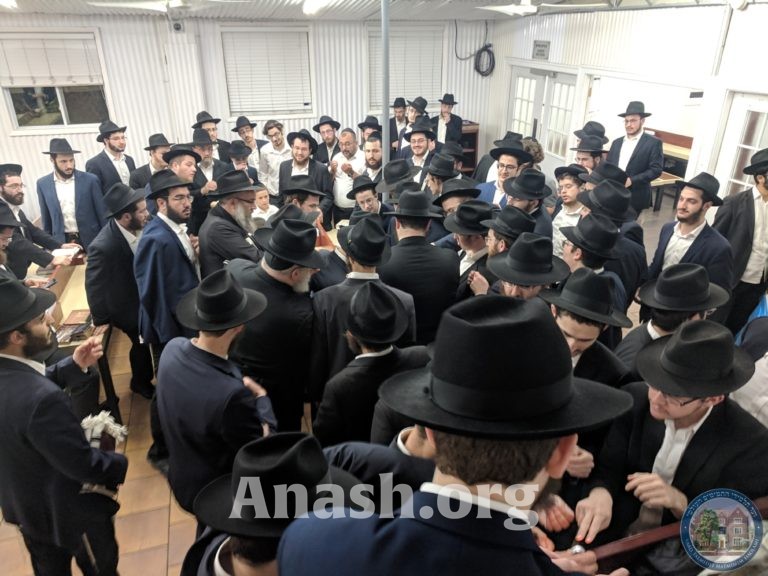 Hundreds of bochurim gathered at the Rebbe’s Ohel to learn and farbreng in preparation of Gimmel Tammuz.

The organization for bochurim, Vaad Talmidei Hatmimim, arranged a roster of shiurim and farbrengens for the benefit of the many bochurim to assist in using the time spent near the Rebbe to its fullest.

On Friday night, Rabbi Yosef Gourarie of Detroit and Rabbi Shlomo Kaplan of Oholei Torah Zal gave Shiurim in Yiddish and Hebrew in the Rebbe’s sichos on the theme of Hiskashrus to the Rebbe. Later on, they both farbrenged, drawing large crowds.

Preparations are underway by the Vaad Hatmimim on a program for Shabbos Gimmel Tammuz. A full line-up of inspirational Shiurim and Farbrengens in multiple languages as well as a children’s program will be offered.