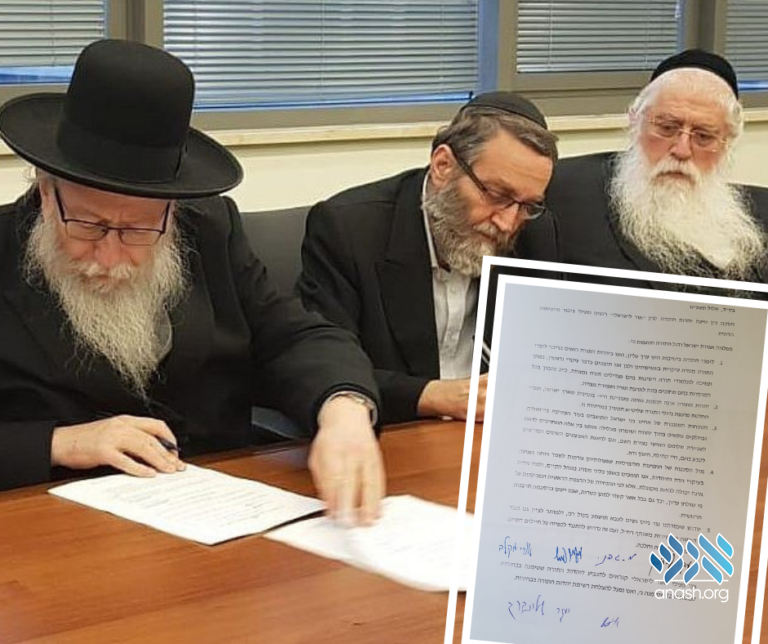 In a bid to attract new voters and increase their electoral chances, leaders of the United Torah Judaism Party (the union between Agudas Yisrael and Degel HaTorah, representing the general Chassidish and Litvish communities), have released a letter stipulating their commitment to shleimus ha’aretz.

In a letter addressed to Rabbonim in the Dati Leumi (National Religious) community, the party officials wrote “United Torah Judaism does not support and has no interest in, heaven forbid, any withdrawals from Eretz Yisrael. And in accordance with the decision of the Moetzet Gedolei Hatorah, we keep with this policy.”

Some Chabad Chassidim have expressed disappointment with the letter, pointing to the ambiguity in its language. They worry that the door has been left open for the possibility of a policy change in the future.

One of the co-signers on this letter, Agudah MK Rabbi Meir Porush, released a letter prior to the last election (in Nissan) stating his unequivocal opposition to any and all territorial concessions to the Arabs. He urged the Chabad community to vote for his party.

How the Chabad community in Eretz Yisrael will vote this time remains to be seen.