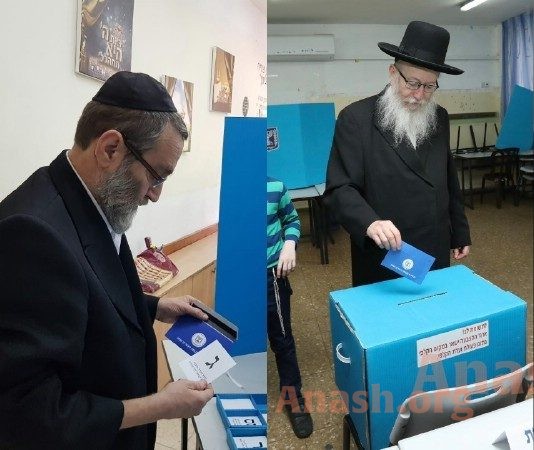 Attorney Avraham Yustman sent a letter on Thursday afternoon to the Justice Chanan Meltzer, Chairman of the Central Election Committee (CEC), requesting a delay in publishing the official results of the Knesset election.

The letter was sent amid reports that the count of the votes from IDF soldiers, hospitals and prisons may result in Yahadut losing its eighth seat, and the left-wing Meretz party receiving a fifth seat. The New Right party headed by Minister Naftali Bennet has fallen short of entering Knesset by a out 1,400 votes, and the party has already demanded a recount.

“From the information published so far on the CEC website, it is very likely that the final distribution of mandates could depend on hundreds of votes,” writes Yustman.

Yustman added, “Letters from yesterday, indicate defects [in the voting ballots] that were allegedly found, and which should be thoroughly examined before the final number of votes of my client is determined. Accordingly, and in light of the above, my client requests not to publish the final distribution of mandates.”

Yustman was also addressing report that many Labor party ballots were found in chareidi areas, including Bnei Brak, Ashdod, Beit Shemesh and Haifa, leading to suspicions some of the ballots counted in the ballot boxes were not legitimate votes.

Yustman points out, “The polling stations are located in the residential areas of voters, which traditionally have to produce a significant number of votes for my client because they are located in chareidi areas.

“Our request is where, to re-examine the final voting data as recorded and signed in the minutes of the local polling station committee at the end of the vote and, if necessary, to correct the entries on the computers of the regional committee so that the true results will be properly expressed.”