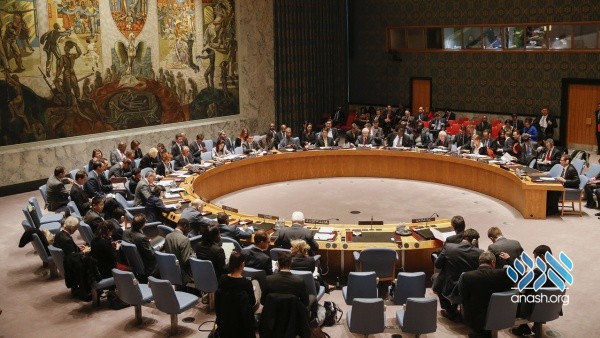 The United States on Wednesday blocked an attempt by Kuwait, Indonesia and South Africa to get the United Nations Security Council to condemn Israel’s demolition of illegal Palestinian Arab homes on the outskirts of Yerushalayim.

Israeli forces on Monday morning sealed off and began demolishing ten of the over 100 illegally-built structures erected in defiance of a 2011 Israeli Civil Administration order barring construction near the security fence.

The apartment buildings were built in the Wadi al-Hummus neighborhood of Sur Baher, an Arab enclave located almost entirely in Yerushalayim.

The strip of land in Wadi al-Hummus area where the illegal structures are located, however, is just outside of the municipal borders of Yerushalayim, but on the Yerushalayim side of the security fence.

Kuwait, Indonesia and South Africa had circulated a five-paragraph draft statement, seen by Reuters, to the 15-member Security Council on Tuesday that expressed grave concern and warned that the demolition “undermines the viability of the two-state solution and the prospect for just and lasting peace.”

Such statements have to be agreed by consensus and on Wednesday the United States told its council counterparts it could not support the text, diplomats said.

A revised three paragraph draft statement was circulated, but the United States again said it did not agree with the text, added the diplomats.

The move was condemned on Monday by the European Union, which said the demolitions undermine the “viability of the two-state solution”.

On Tuesday, Britain and Germany added their voices to the condemnation of Israel, saying the destruction was “particularly egregious”.

The Palestinian Authority, meanwhile, accused Israel of carrying out a massacre and called on the international community “to intervene immediately and bring an end to Israeli aggression.”