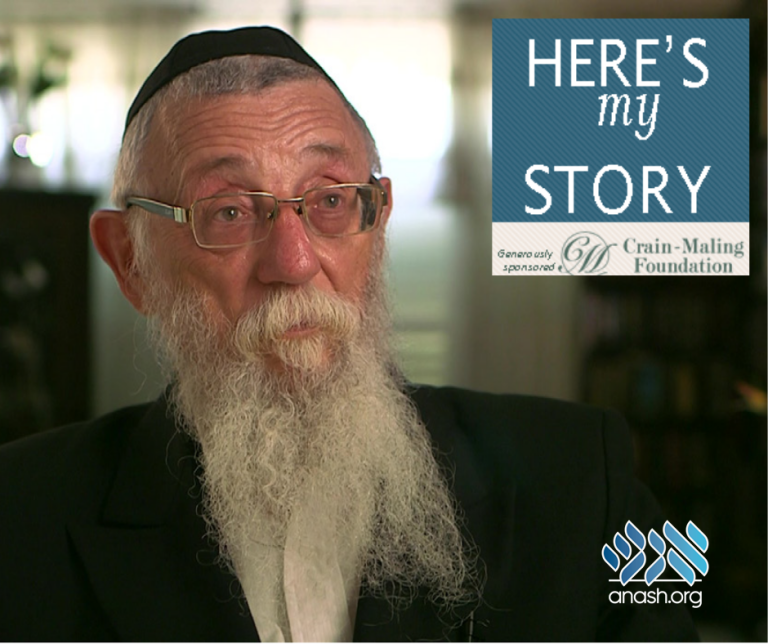 Having come from a family with chasidic roots, I gravitated to Lubavitch at a young age and studied in a Chabad yeshivah. But it was not until I was an adult and already married that I met the Rebbe. This was in 1965 when I traveled to New York to spend the Hebrew month of Tishrei – the month of the High Holidays and Sukkot – in his presence. At the end of my visit, I had a private audience and I confided in the Rebbe that, although I’ve been near him for several weeks already, I still didn’t feel that a change has occurred in me, as I expected would happen.

In response, the Rebbe quoted a saying of his father-in-law, the Previous Rebbe, that “when you travel to the fair, you buy a lot of merchandise, pack it up and take it home, and you unpack the parcels all year.” I understood what he meant – the one who travels to a fair is like the chasid who travels to his Rebbe for the month of Tishrei, “buying a lot of merchandise” – that is, acquiring spiritual inspiration. But he doesn’t see what he has truly received until he gets home, processes it, and puts it into practice. And then he begins to feel that the Rebbe is with him all year long.

This proved very true for me, especially in later years, when the Yom Kippur War broke out.

The Yom Kippur War caught me, like all Israelis, in the midst of prayers on the holiest day of the year. I was praying at the yeshivah in Kfar Chabad, when I suddenly heard planes and saw cars out on the main street. I understood something terrible was happening, although I did not know exactly what until I returned home when Yom Kippur was over, and my wife told me that I had been ordered to report for duty. I immediately put on my uniform and wrote to the Rebbe that I was going off to war, asking for his blessing to return safely.

As I later learned, he immediately gave his blessing. And, in fact, my life was saved many times during the war. For example, as part of the IDF advance, I found myself on the Bir Gifgafa Airfield in the Sinai Desert. No sooner had my unit vacated the place than the Egyptians bombed it. But we managed to leave in time and were spared.

I tried my best to act as the Rebbe’s emissary and, although it was virtually impossible, I tried to observe Sukkot in the Sinai and help others to do so as well. Together with a friend, I constructed a sukkah out of ammunition boxes, but we had to advance and we never managed to sit in it. I did not give up. Using some rope which I connected to a half-track jeep, I created a make-shift shelter and placed a few thorn-bush branches on top. In this sukkah, I made Kiddush, the blessing over wine, and there were about a hundred soldiers who heard that Kiddush.

On the night of Hoshana Rabbah we received an order to advance towards the Suez Canal. We participated in building a raft bridge that was used to cross the Canal and to conquer areas on the other side. A few hours after building the bridge and many Israeli vehicles passed to the Egyptian side, the Egyptians caught on to what was happening and started bombing us heavily, with missiles and rockets falling like rain. I jumped out of the car and took shelter under it, all the while reciting psalms that I remembered by heart.

Only in the morning, when I went to get my prayer shawl, did I see that a piece of shrapnel had penetrated my tallit and tefillin bag, but it had been stopped by a book of Selichot.

On the night of Simchat Torah, the bombings continued incessantly. My anti-craft unit had to go out the minute enemy planes were identified, and of course, this was very scary. Thank G-d we succeeded in bringing down quite a few planes, and we got a commendation medal for our efforts.

As soon as the bombings calmed down a bit, I went out to help soldiers put on tefillin. I did so for the entire time I was stationed in the Sinai – that is for about six months – until the Hebrew month of Adar. The soldiers had constructed an improvised synagogue out of sand sacks and tenting material, and when I would pass by on my way there, they would announce “Bekerman, tefillin!” and everyone would come out to put on tefillin.

One day during this time, Rabbi Israel Meir Lau, then the rabbi of North Tel Aviv, came to visit us, together with my brother-in-law, Rabbi Berke Wolf, who was the Chabad spokesman in Israel. It was a very emotional encounter – we hugged and kissed, and then he suddenly pulled out a letter from the Rebbe that was a response to the letter that I had written on the way to the war.

The Rebbe quoted the Torah: “Do not be faint-hearted, do not be afraid. Do not panic and do not be terrified of them.” He went on to emphasize the importance of every soldier putting tefillin on his arm and head, binding his emotions and intellect to G-d. “This brings the blessing of G-d into the actions of his hands and his mind,” he wrote.

He also expressed the hope that I should be able to report good news very soon, and that “the great merit of anyone who protects our Holy Land and our Holy Nation will hasten the fulfillment of the blessing that ‘the Lord, your God is accompanying your camp to deliver you and to grant you victory over your enemy.’”

This was the same message the Rebbe gave my father-in-law, Rabbi Boruch Pariz, who was in New York when the war broke out. My father-in-law had burst out crying and wailing, “Rebbe, Rebbe, the children are under fire!” referring to me and my other brother-in-law, Rabbi Meir Freiman, who had also been called into service. The Rebbe calmed him down with, “The war is nearly over. And G-d willing, when you return home, you will find everyone healthy and whole.”

On Chanukah, I was standing at my guard station next to the Canal and I suddenly heard Chabad tunes being sung. I was thrilled to see a Chabad group arrive – on a mission to print the Tanya at the front. I merited to receive a copy, and I tried to learn from that particular Tanya as much as I could. Then a couple of years after the war, when I came to see the Rebbe again, I put this Tanya in an envelope, along with a note that this copy was very precious to me, and therefore I would like to give it to the Rebbe as a gift. A half-hour later the Rebbe’s secretary, Rabbi Binyamin Klein, returned the Tanya to me, with a message from the Rebbe. On my note, the Rebbe had circled the words “very precious to me” and wrote, “And therefore, it is right that it should stay with you, especially since you live in our Holy Land. But your thought is very much appreciated.”

Rabbi Shimon Bekerman is a veteran activist and served as a member of Tzeirei Agudas Chabad in Israel. He was interviewed in his home in Kfar Chabad in June of 2014.