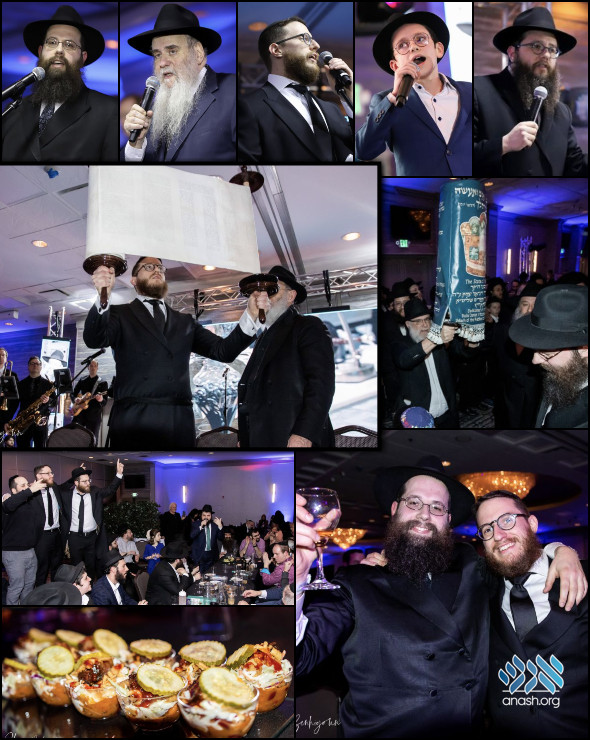 Over 700 people from all walks of life came to celebrate the completion of the State of Illinois Unity Torah in memory of Rabbi Daniel Moscowitz obm.

Over 700 members of the Chicago Jewish community gathered on Bais Adar to celebrate the completion of ‘The State of Illinois Unity Torah’ in memory of Rabbi Daniel Moscowitz obm.

Participants were privileged to hear from Rabbi Moshe Kotlarsky, who reflected on the life of Rabbi Moscowitz, who was a close friend. They then heard from Rabbi Meir Moscowitz, son of the late Rabbi Moscowitz and head shliach to Illinois. Towards the end of his speech, he made a moving announcement: a central headquarters for Chabad of Illinois modeled after 770 would be built in Chicago. This was the final project his father had begun working on before his untimely passing.

During the program, members of the executive Vaad Hakinus were honored with writing a letter in the new Sefer Torah, including Rabbis Moshe Kotlarsky, Efraim Mintz and Meir Hecht. Rabbi Mendy Kotlarsky of Merkos Suite 302 was called up to write a letter as well.

Chana Moscowitz shared heartfelt words about her beloved Zaidy, followed by a moving musical tribute by her cousin Levi Teldon.

Hakafos were held at Chabad of Bucktown/Wicker Park led by Rabbi Yosef Moscowitz.

A concert featuring Benny Friedman and the Freish Band continued with a kumzits that lasted until the wee hours of the morning.

“Seeing Jews of all backgrounds sitting together and celebrating in Unity and achdus is a true testament to who my father was,” said Leibel Moscowitz of LM Productions, who organized the event. “His influence still lives on.”