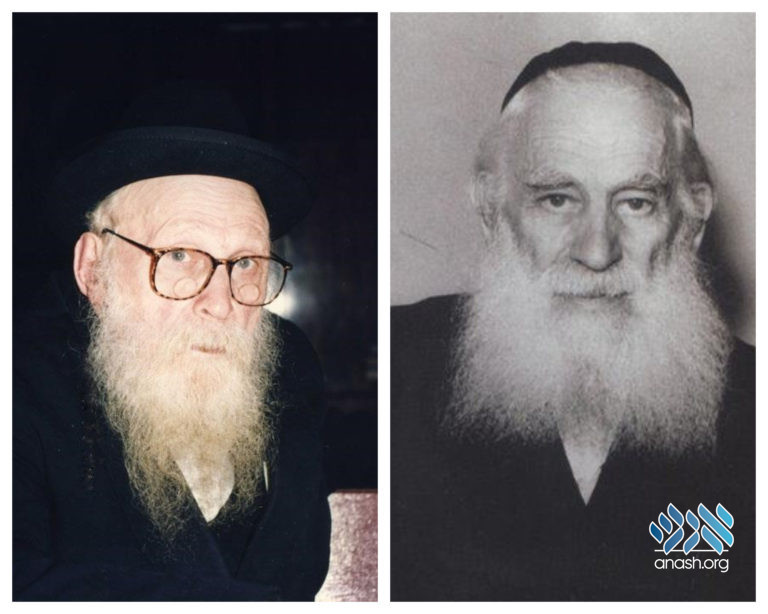 I am pleased to announce that b’ezras Hashem my latest publication, Farbreng With Reb Binyomin Kletzker, (vol. 6 in the Early Chassidic Personalities series), is now available. It is a 260-page hardcover book, with a new cover look. In honor of this milestone, I am posting the first story in the book, as well as the farbreng (thought) on the story.

A Thought on “Unintentional Inspiration”

My parents settled in Detroit, Michigan, in 5714 (1953). At that time, many prominent Rabbonim would come there to raise money. One of them was Rabbi Yosef Kahaneman, the Rov of Ponevezh and founder of many yeshivos.

One day, as the minyan concluded davening Shacharis and the people left, Rav Kahaneman sat down to learn. Suddenly, he heard someone davening with tremendous emotion. Initially, he thought that this man was experiencing an extremely difficult situation and was pouring out his heart to Hashem, beseeching for His help and mercy.

Although he was there to raise money for his institutions, Rav Kahaneman felt it was his duty to help another Jew in distress. He waited for almost an hour until the individual concluded davening. He then went over to him and said, “Reb Yid, how much money do you need to cover your immediate expenses? I am willing to help you.”

The Jew looked at him in bewilderment; he didn’t understand what he was talking about. Rav Kahaneman saw his perplexed expression and thought that perhaps the man was too embarrassed to disclose his situation. So he continued: “I heard your heartfelt tefillos to Hakodosh Boruch Hu, and I said to myself, ‘Hashem sent me to this shul today for a reason, and I believe the reason is to help you.’”

The Jew replied, “I don’t understand. Boruch Hashem, my family is healthy. I have nachas from them and we are covering the expenses. I don’t need any assistance.”

Rav Kahaneman persisted: “If that is so, please tell me, why were you pouring out your soul to the Aibishter? If everything is good and there are no problems, why were you crying like a child?”

The Jew replied, “Today is a legal holiday, and my place of employment is closed. Since I have a few extra hours, I decided to connect myself to Hashem, and the way one connects to Hashem is through davening.”

That Jew was my father, Reb Meir Avtzon a”h, who worked as a mashgiach in a meatpacking plant, kashering and salting the meat.

The Story of Reb Binyomin Kletzker

Sometimes, during his business trips, Reb Binyomin would instruct the wagon-driver to drive to his next destination an hour or two before dawn. This way they could arrive before sunrise and he would be able to daven with the minyan. However, it once happened that there was a delay on the way, and shortly before sunrise, Reb Binyomin realized that he would arrive at his destination after the minyan had already begun to daven. Realizing that he wouldn’t be able to daven Shacharis that day with a minyan, Reb Binyomin decided to put on his tallis and tefillin as soon as it was permissible to do so and daven at the proper time.

Once he began to daven, he decided to take advantage of the solitude and long ride and use the time to daven thoughtfully, as a Jew should daven. Although he always davened slowly, on that day he meditated much longer on the meaning of the words and it took extra time.

When he concluded Shema and was about to begin saying Shemoneh Esreh, the coach was still moving. If he would have looked out the window he would have realized that they had exited the forest and were about to arrive at their destination. However, as he was in the middle of davening, Reb Binyomin’s  thoughts were only on the davening, and not on his surroundings, and he stood up to recite Shemoneh Esreh. Since the wagon was swaying from side to side, and he feared that losing his balance could affect his concentration, Reb Binyomin grabbed hold of the two rails that were connected to the roof of the coach and began to daven.

A few minutes later, the wagon driver stopped the wagon in the middle of the marketplace and went to inform Reb Binyomin that they had arrived before the marketplace had opened. Seeing that Reb Binyomin was in the middle of davening Shemoneh Esreh, the wagon driver didn’t want to interrupt him, so he decided to unhitch the horses and take them to the stable of the inn where they would be staying. He figured that he would take care of the mundane matters so that whenever Reb Binyomin concluded his davening, he would be able to begin his business dealings immediately

Shortly after the driver left with the horses, the minyan concluded Shacharis and the townspeople came out of shul and went to their stalls in the marketplace. They noticed the horseless carriage standing in middle of the market and were curious as to why it was there, so they looked inside. The sight they beheld was so strange to them that many of them burst out in laughter and ridicule. There was a man standing in the carriage in his tallis and tefillin, holding on to the two bars and oblivious to everything that was going on. He was so engrossed in his davening that he didn’t even seem to hear what was being said around him.

A few minutes later, Reb Zalman Zezmer also came out of the shul and entered the marketplace on his way home. He saw the large crowd standing around, pointing to the carriage and talking animatedly, so he went over to see what the commotion was all about. As he came closer, Reb Zalman noticed how the people were staring at the sight of Reb Binyomin davening, as if it was the strangest and funniest occurrence that could be.

Whoever saw a person daven like this, holding on to the two bars and standing alone in a wagon, in middle of the marketplace, as if nothing else existed? He should daven in the shul, like everyone else! Their laughter and mocking demonstrated that they hadn’t entertained the concept that perhaps this person had begun davening long before he had arrived in the marketplace.

Reb Zalman also began observing the phenomenon, which was something totally out of the norm; however, his astonishment came from a perspective of utmost admiration and inspiration. Who ever saw a person so absorbed and engrossed in his davening to the extent that nothing else existed? The only thing that exists is the One to whom he is pouring out his heart in prayer! This was an accomplishment that he had never observed, nor had he thought possible. Not only was it something to admire, he was outright envious, especially as the person was able to maintain this level of concentration even in the tumult of a busy marketplace!

After a few minutes, the other onlookers continued on their way to their stalls and work, while Reb Zalman waited patiently until this newcomer concluded his davening. It took a long time, which only caused Reb Zalman’s admiration to grow; but, eventually, the man removed his tefillin and began to take off his tallis.

At that point, Reb Zalman approached him, and after giving him the customary “Sholom Aleichem,” he asked in admiration: “Where does one learn to daven like that? How can one daven to the point that they are oblivious to everything around them?”

Sensing the sincerity in Reb Zalman’s voice, Reb Binyomin replied: “Yungerman, yungerman, to learn that, one must go to Liozna.”He then explained to him certain concepts of avodas hatefillah (what davening is all about).

Hearing these concepts opened up an entirely new world for Reb Zalman, and his thirst to truly experience them was powerful. Reb Zalman then informed his wife and wealthy father-in-law that he wished to learn in another city and would be leaving for a designated amount of time. Since in those days it was quite common for a newly-married budding scholar to continue and advance his learning in another city, they readily gave him their permission. He arrived in Liozna, and after some time he became one of the Alter Rebbe’s outstanding students and chassidim.