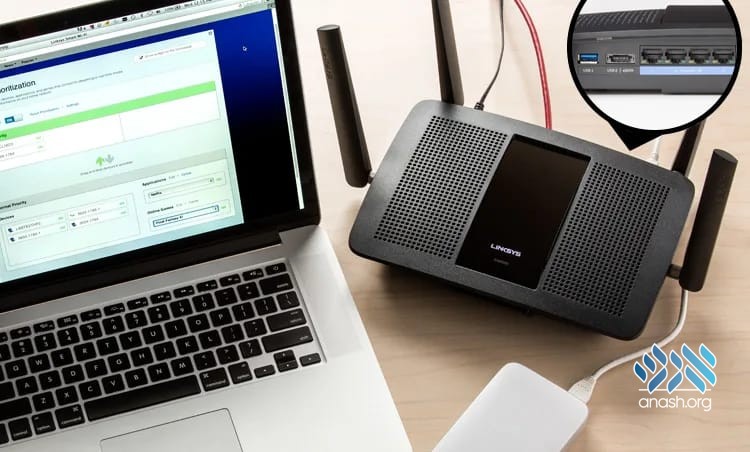 As told to Shloime Zionce – reprinted from Ami Magazine

Most people don’t even know that my job exists.

I am a freelance photo and video editor. I’m the guy who stands between raw images and your beautiful wedding photo album or your wedding video DVD. I work with a wide array of photographers and videographers in my area who give me enough work to fill my day, and thankfully, my wallet, too.

I’ve been blessed with a wonderful wife and six beautiful children. My job suits me perfectly because it allows me to work my own hours and help out at home whenever necessary. Nevertheless, I try my best to work during regular business hours because having that structure generally works better for me.

I work out of a small office located in the basement of a nearby building. That’s where I have my computers set up, along with the rest of my equipment. There is no cellphone reception in the basement, but I do have a very strong internet connection, and I’ve set up a VoIP phone so that I can keep in touch with the outside world. A strong internet connection is very important for efficiency because I need to download new photos the photographers have sent me through the cloud.

I don’t mean to bore you with all the details of my life, but you will soon see that there’s a reason I’m telling you all of this.

Last month on a random Tuesday, I made my way into my office, cup of coffee in hand, ready for another day of work. As I set my coffee on the desk and flicked on the computer, I immediately noticed that something was wrong. The small icon that represents internet connectivity was showing a problem. Sure enough, when I opened my browser, I saw the dreaded message “There is no internet connection.”

No big deal, I thought. I’ll figure this out. I reset the router and then the computer, but still no luck. My internet was down— meaning that my business was effectively down, too. I felt a pit in my stomach. Somehow, I knew this was going to be a rough day.

Since the internet wasn’t working, my VoIP phone wasn’t working either. Because I had no cellphone reception in my basement office, I headed outside to the parking lot and called my internet service provider. My call was answered by a machine, and it took a good 20 minutes before I could get a human operator on the line.

I explained my problem, only to find I’d called the wrong department—customer support. The operator transferred me to a technical service operator, which took nearly 20 minutes more. At long last, a real, live person answered the phone.

I was not a happy camper. I’d already been at the office for nearly an hour and had gotten absolutely no work done. I tried to maintain my calm as I explained my predicament to the technical service agent. He promised he’d try to resolve the issue as quickly as possible and said all I had to do was enter some prompts into my computer.

I explained that there was no cellphone service in my office and that I was talking to him from the parking lot. I asked him to be patient and wait while I went into the office to follow his instructions. Thankfully, he agreed, so I placed my phone under the driver’s seat in my car and rushed back into the office to try to carry out his instructions.

When I got back to my computer, I tried to access my router, as the agent had instructed, but I didn’t have the user name or password. Frustrated, I went back to my car and asked the agent if he’d be able to help me recover my user name and password. He said, “No problem” and put me on hold for another quarter of an hour. This was bad—and it was about to get worse.

Once I had finally gotten my user name and password, I went back down to the office. But by the time I reached my computer, I’d forgotten the third of the four instructions I’d received. I had no other option but to head back outside to the parking lot and ask the agent to repeat his instructions. But when I picked up the phone again, it was dead. I had forgotten to charge it the night before, and now I was paying the price. I had just spent north of an hour on the phone, only to be disconnected.

I’m usually a pretty calm person, but at that point I was completely enraged.

I made a quick trip down the street to grab another dose of caffeine. If there was any way I was going to survive this day, coffee was definitely going to be a big part of it. I let my phone charge in the car while I went into the coffee shop, and when I returned, I noticed three missed calls from one of the photographers. I suddenly remembered that I’d promised him I’d have a job done for him by 11 a.m. Let’s just say he wasn’t thrilled when I finally returned his call.

Aside from my office being virtually unusable, I now had an angry client on my back—and he was going to be the first of many. I’d say that my day was going from bad to worse, but we were already past bad and probably worse as well; we were already at worst, or so I thought. Because just then, things took another turn downward.

When I finally got back to the office and back on the phone with another technical service operator (after about 25 minutes on hold), I kept going back and forth to the parking lot to enter the prompts on my computer, but to no avail. At some point, the agent informed me that this issue could not be fixed remotely; the service provider would have to send a technician to my office. That meant trouble.

Then came the nail in the coffin. “Mr. Kruger,” said the agent, “unfortunately, due to the upcoming holiday weekend, none of our technicians can get out to your location until next Tuesday.”

“But I need an internet connection for my work!” I protested.

“I’m so sorry, Mr. Kruger,” she said, “but as I mentioned earlier, because of the holiday weekend, there are no spots available until next Tuesday. It’s a pity you didn’t call earlier because there was a technician in your area earlier today. What I can do for you is refund you for one week of service.”

I hung up almost in a trance. My work life had just been turned completely upside down, and there would be no way to fix it for another week. I called it quits and headed home.

“I guess I could go to the photographers each morning, pick up the raw photos and videos on a USB thumb drive, and take it to my office to work on it,” I said.

“That doesn’t sound terrible,” she responded.

I decided to call the photographers and ask if they’d be willing to work that way.

Later that day I made some calls. Sure enough, all of the people I worked with were willing to accommodate my request under the circumstances. It would be a bit of a hassle but not too much of one.

The next few days flew by like a dream. I made my daily rounds to pick up the raw files each morning, took them to my office to work on them, and dropped off the finished products in the evening. The most surprising thing for me was that even with all of the running around town each morning and evening, I was getting record amounts of work done.

My clients started to comment on the fact that I’d become more efficient and that my turnaround time had gotten significantly shorter. It was at this point that I finally realized how much time I had been wasting on the internet each day. What with WhatsApp, Facebook, Twitter, Instagram and the occasional YouTube video, I had unknowingly been wasting many precious hours of time.

I had always known the internet could be a distraction, but I hadn’t known to what extent. Now that it was down, I finally had a badly needed awakening. The internet was invented to help people, but it had been doing me a disservice, and I know I am not the only person who is losing out on life this way.

I began to feel more accomplished—and happier. The fact that I wasn’t wasting time anymore gave a certain boost to my self-esteem, which caused me to carry myself differently. When I got home at the end of the day after my deliveries, I was more inclined to help my wife and to be there for our children.

When the long-awaited technician finally arrived on Tuesday, I asked him to remove the internet apparatus from my office rather than fix it. I found life to be better without it. I now have more time, make more money, and am a happier person than I was just a few weeks ago.

But most importantly, I get to be with my family more often. And that is priceless.