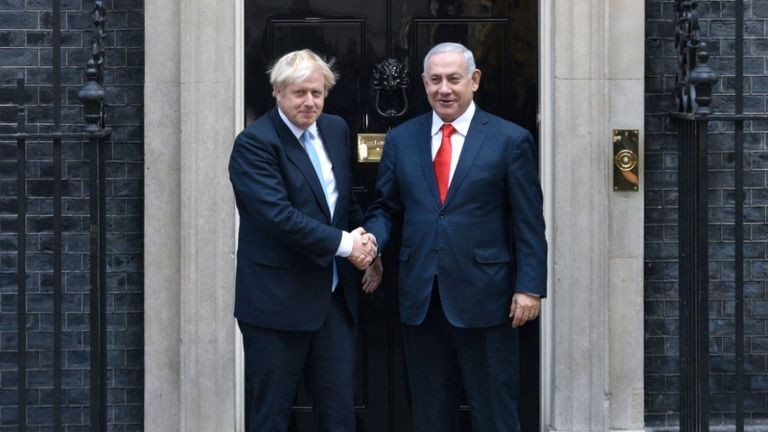 Days after his conservative party won a landslide victory in Britain’s national elections, Prime Minister Boris Johnson said Parliament will pass legislation that will present a major blow to the anti-Israel Boycott, Divestment and Sanctions (BDS) movement against Israel.

Speaking at the International Institute for Strategic Dialogue’s conference in Yerushalayim on Sunday night, UK Special Envoy for post-Holocaust issues Eric Pickles said the law would make it illegal for public institutions to join or support the BDS movement against Israel in any way.

The move is meant to bloc local councils controlled by the Labour Party from using taxpayer funds to boycott foreign countries, including Israel.

“BDS is anti-Semitic and should be treated as such,” Pickles said.

Pickles, who is also the chairman of  the Conservative Friends of Israel, said that Labour’s historic defeat in last week’s election showed that the British people reject antisemitism.

Johnson criticized the BDS movement in 2015, saying he could “not think of anything more foolish than to say that you want to have any kind of divestment or sanctions or boycott against a country that, when all is said and done, is the only democracy in the region.”

The anti-BDS law can become a reality thanks to Johnson’s victory over the left-wing Labour party last week, which was led by radical leftist Jeremy Corbyn who promised to immediately stop all weapons sales to Israel.