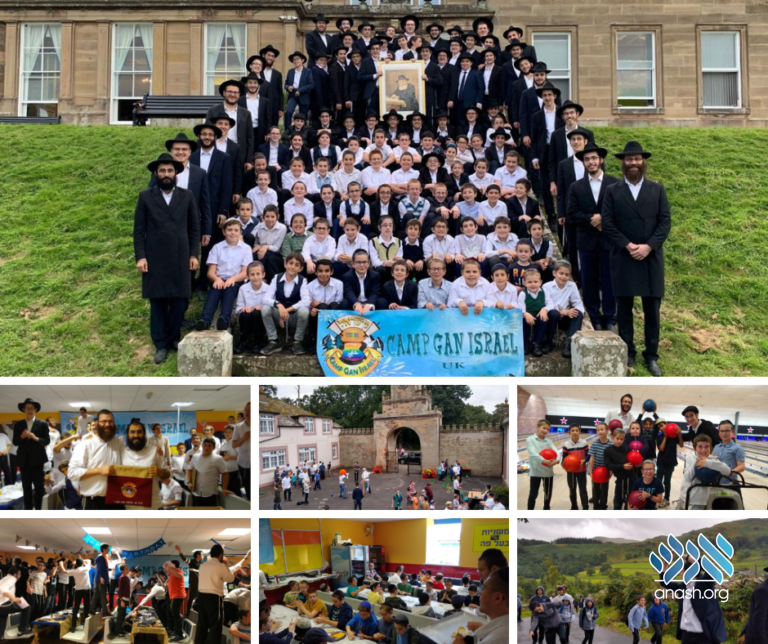 Campers of Camp Gan Yisroel in the United Kingdom have returned home form an incredible summer.

The camp was held in a stunning boarding school in the scenic Lake District in England, led by camp director Rabbi Shmuli Brown and Menahel Ruchni Rabbi Folly Dubov. An unprecedented number of boys, mostly from the UK with some coming from France, Russia and even as far as the U.S. enjoyed a fun packed summer of learning and activities in a Chassidisher atmosphere.

The amount of Mishnayus Baal Peh learnt, Tanya Baal Peh and Hachlotas taken was outstanding, over 90% of campers got up early and sat for more than 2 hours reciting Tehillim on Shabbos Mevorchim!

The Chayos in davening and bentching, the entire camp singing in unison with hands around each other’s shoulders by the Shabbos meals and all the beautiful stories was amazing. The children had so much fun with the amazing trips from ice skating, bowling, swimming, boat ride, hikes, trampoline center, midnight runaways, farbrengens, sports, activities, color war, the banquet and so much more.

A particular highlight was when the entire camp surprised its director Rabbi Shmuli Brown, on his 40th birthday with a special banquet, songs, presents and birthday wishes.

At the end of camp each camper wrote a Pan to the Rebbe about their fabulous time over the summer and taking upon themselves hachlotas. A special program in honor of the 75th anniversary of Chov Av was held at camp, and every camper went home with a beautiful album of Rebbe pictures with some of them being Pirsum Rishon.

The general learning classes given by Rabbi Folly Dubov had a tremendous impact and instilled Chassidishkeit in the campers throughout the duration of the camp in his unique way.

None of it could have been possible without the dedicated, energetic and devoted Head Counselors Dovid Leib Morosov and Mendel Deitsch and Masmidim Division Head Counselor Mendel Chaikin. Together with their remarkable talented, and devoted counselors.