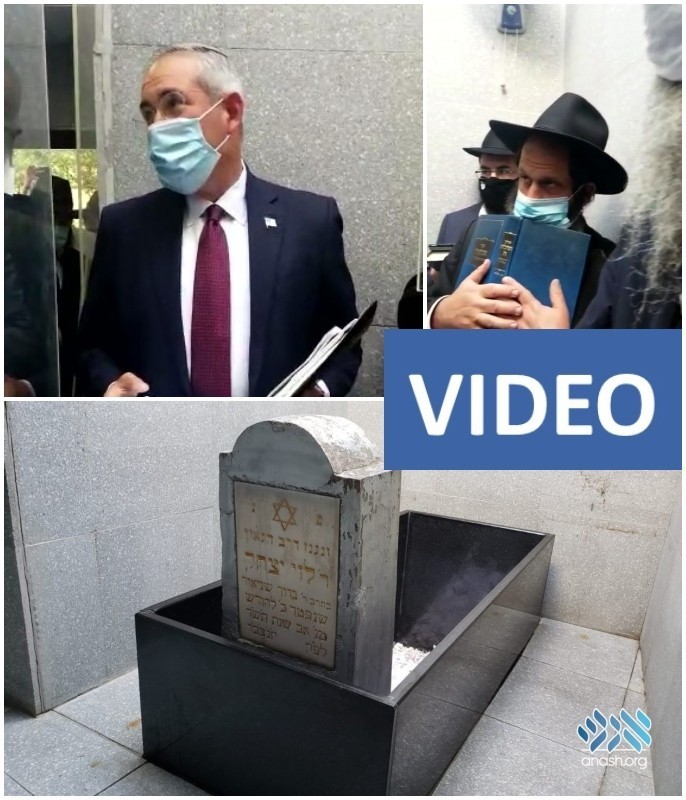 On Chof Av in Almaty, Senior U.S. Diplomat Paul Packer read a proclamation from the President of the United States declaring the holy gravesite of Harav Levi Yitzchak Schneerson, father of the Rebbe, as an official U.S. Heritage Site Abroad.

On Monday morning, Chof Av (Kazakhstan Time) the Honorable Paul Packer, Chairman of the United States Commission For the Preservation of America’s Heritage Abroad, made a special announcement about the resting place of Rabbi Levi Yitzchak, the Rebbe’s father of righteous memory.

Mr. Packer, a senior diplomat in the current Administration, made the historic announcement – the result of a joint effort with the Kazakhstan government – directly from the Tziyon of Rabbi Levi Yitzchak. The announcement was broadcast live during the Or Vechom farbrengen from the Rebbe’s Ohel.

In his announcement, he related that the U.S. Government, at the direction of President Donald J. Trump, had designated the holy Ohel as a U.S. Heritage Site Abroad.

For full replay of farbregen:
Announcement is at minute 3:03:10