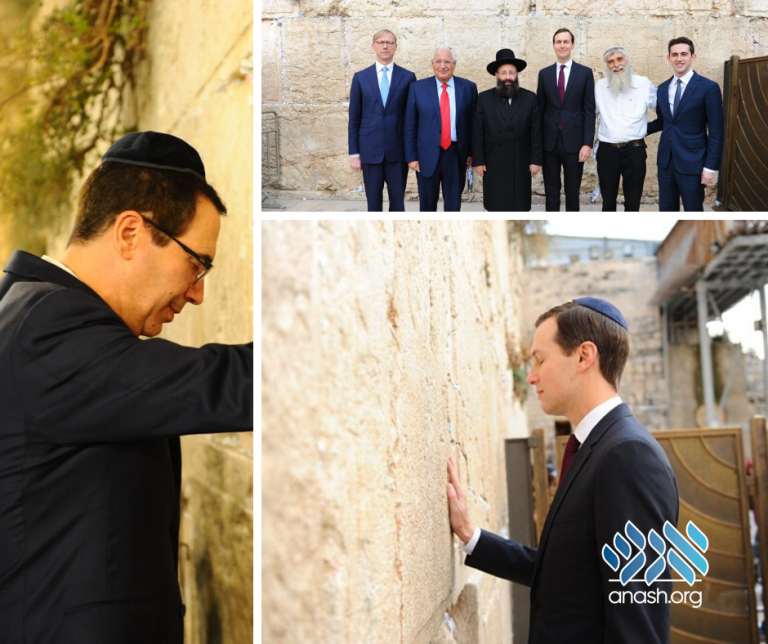 A delegation of senior U.S. officials paid a visit to Kosel on Monday, while they were visiting Israel.

Mr. Jared Kushner, Senior Advisor to President Trump, came with Mr. Avi Berkowitz and US Ambassador to Israel Mr. David Friedman to pray at the Kosel during his visit to Israel.

Later that evening U.S. Treasury Secretary Steven Mnuchin also visited the Kosel for a short while.

They were greeted by the rabbi of the Kosel, Rabbi Shmuel Rabinowitz, and by the director of the Western Wall Heritage Foundation, Mr. Mordechai (Suli) Eliav.