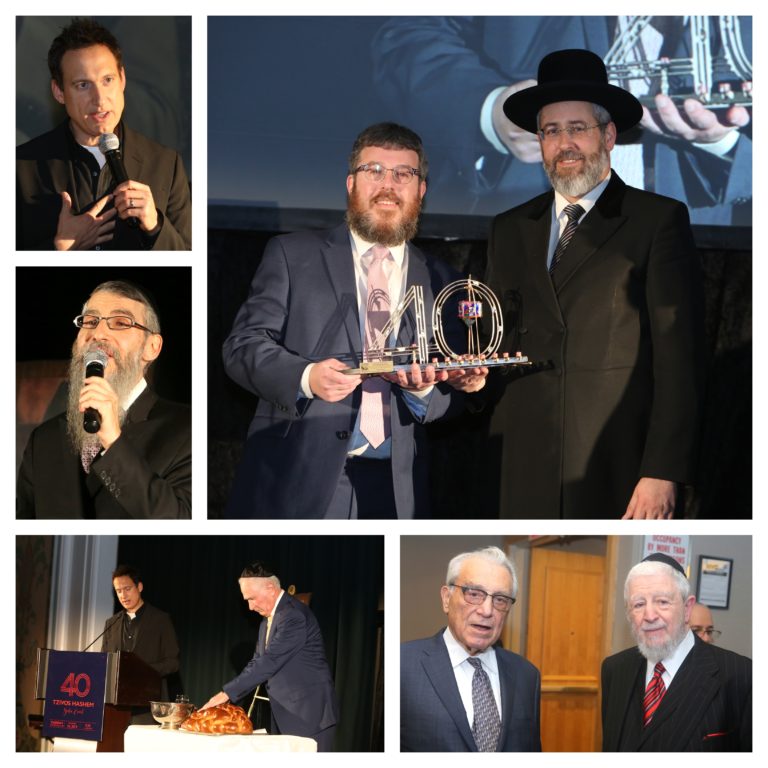 On Tuesday evening, November 26, over three hundred and thirty supporters and guests gathered at the New York Hilton, to celebrate the start of the fortieth year of Tzivos Hashem’s, the largest Jewish Children’s organization worldwide that enriches and inspires the lives of Jewish children from all backgrounds, and gives them access to the wisdom and richness of their heritage.

To commemorate this milestone, the Chief Rabbi of Israel, Rabbi Dovid Lau and his wife Rebbetzin Tzipporah Lau, joined the event as honored guests, first at a pre-dinner reception with 40 visionaries who have dedicated themselves to the success of Tzivos Hashem.  This was followed by cocktails, dinner and a silent auction with an array of beautiful prizes.

Marcia Robbins-Wilf, the evening’s Guest of Honor, was introduced by board member of Tzivos Hashem Nancy Spielberg.  Executive Director Rabbi Yerachmiel Benjaminson, addressed the evening and thanked the attendees.

The Chief Rabbi addressed the crowd as guest speaker, and presented a beautiful, handmade award, first to Joseph Popack, Chairman of the Board of Tzivos Hashem, and then to each of the 40 visionaries.

Guests walked away inspired by the amazing work that Tzivos Hashem does around the world, while enjoying a beautiful evening.