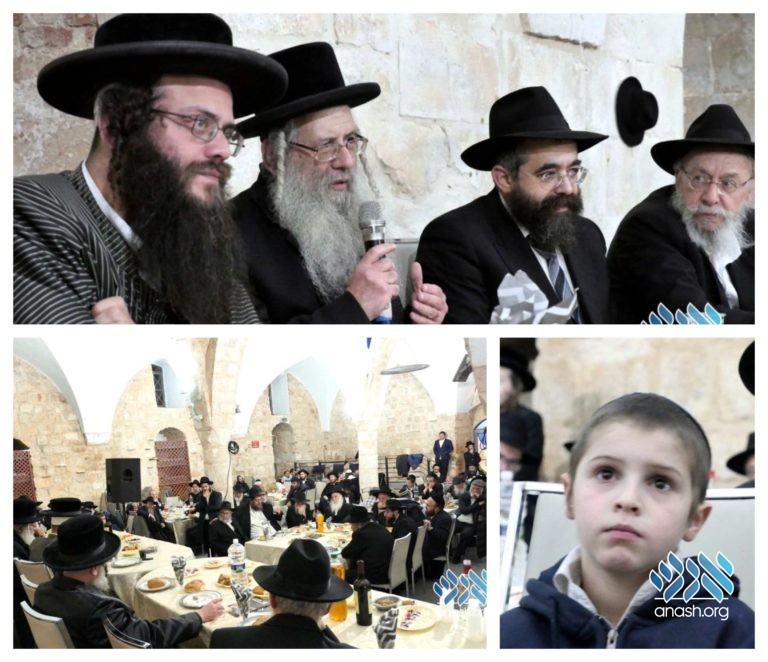 Yud Tes Kislev in Tzfas was celebrated by a beautifully diverse crowd, including members of the Breslov and Sanz communities.

Held in the city’s center, the farbrengen lasted well into the night and was led by Rabbi Aharon Breyer of Kehilas Ma’ayanei Yisrael. Joining him were Mara D’asra Rabbi Mordechai Bistritzky, Rabbi Alter Eliyahu Friedman, Rabbi Eliyakim Wolff and other rabbonim from various chassidic streams.

Dotted among the crowd sat members of both the city’s main and religious councils. Many avreichim and B’nei Torah from the various chassidic communities in the city also attended, some of whom already learn Chassidus regularly, and participants were encouraged to follow their example.