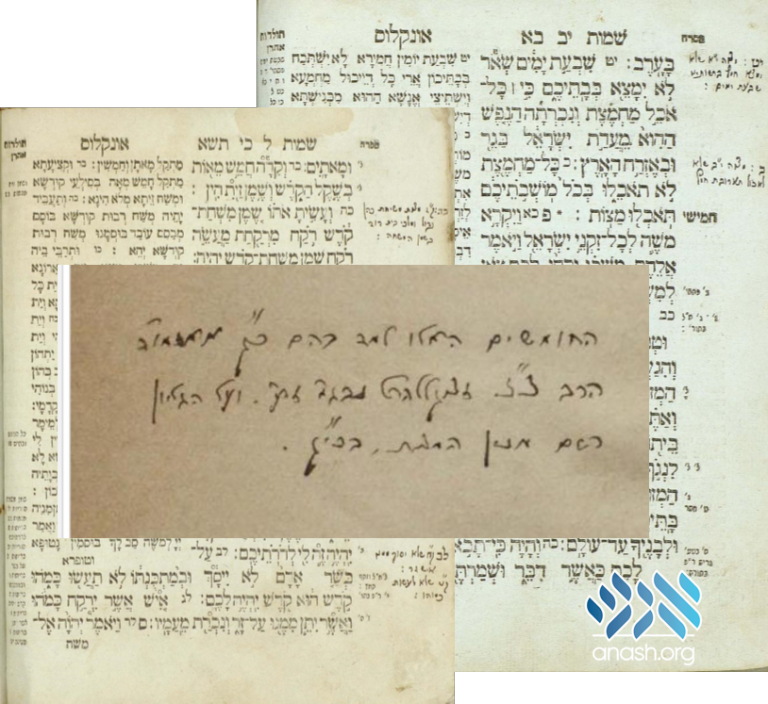 Since the days of the Alter Rebbe, our Rebbeim amassed rare seforim. These seforim were handed over from Rebbe to Rebbe, and numbered in the thousands by the time of the Rebbe Rashab.

In 5676/1915, the Rebbe Rashab escaped Lubavitch because of the approaching front, but instead of taking the seforim with him to Rostov, he decided to store in Moscow until the war was over. However, the Soviet Government took possession of the seforim and refused to return them to the Rebbeim in a battle that continues until today. A renewed effort to return the seforim in Russia began in the late 5740s/1980s, but it was to no avail.

In 5760/2000, the Russian Government allowed Chabad librarian Rabbi Berel Levin to catalog the seforim and identify which seforim belonged to the Schneerson Collection. Thus began a new age in the discovery of sifrei chassidus. Many unknown manuscripts were discovered among them, and many heretofore unpublished seforim saw the light of day. Over 4,000 seforim were categorized as part of the Lubavitch Collection. In recent years, the whole collection was moved to a newly built museum in Moscow and has been named the Schneerson Collection. Many are on display and available to view online as well.

Recently, the librarians uncovered thus far unknown notes of the Tzemach Tzedek on the margins of a Chumash Shemos. While they had knowledge of a volume of Chumash Bereishis, they only now discovered a volume of Shemos with notes in the margin. The two books are part of a set printed in Slavita in 5587/1827. At the beginning of the chumash, the Frierdiker Rebbe writes that it had belonged to his zeide the Tzemach Tzedek and that the notes include the count of mitzvos (minyan haMitzvos) near the source for each one.

Although stored separately and being cared for, we can only hope that very soon all the Rabbeyim’s seforim will all be returned to its rightful owner and home, in the Aguch Library in Crown Heights