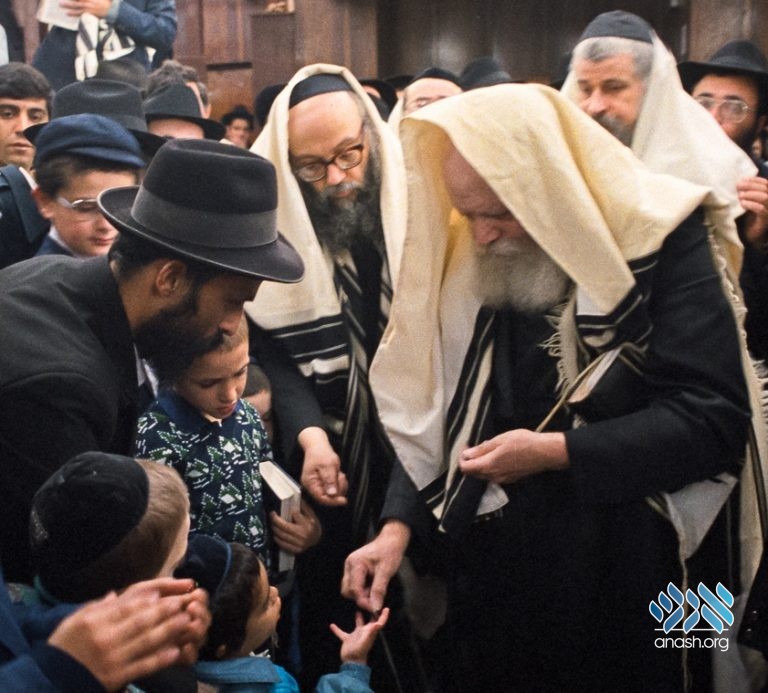 Before going to the Ohel, the Rebbe would distribute coins for children to give to tzedaka. Once, when the Rebbe offered a coin to a 13 year old boy, he declined, saying he was over bar mitzvah…

Tzedaka is seen by many as a fundraising tool, but the Rebbe treated it with the value of a mitzva in its own right. Indeed, at every given opportunity, whether if someone had come to meet the Rebbe or whether passing children on the way in and out of shul, the Rebbe would make a person a shliach for tzedaka.

Beginning in 5746 (1986), the Rebbe handed out dollars every Sunday, thus personally performing this mitzva an incredible number of times.

As the Rebbe left for the Ohel, he distributed coins to the children for tzedaka. In the midst of the distribution, the Rebbe turned to a boy who stood nearby and motioned for him to approach to receive tzedaka.

When the boy apologized, saying that he was already bar mitzva, the Rebbe smiled broadly and replied, “I am after the age of bar mitzva as well, and I nevertheless give tzedaka.”