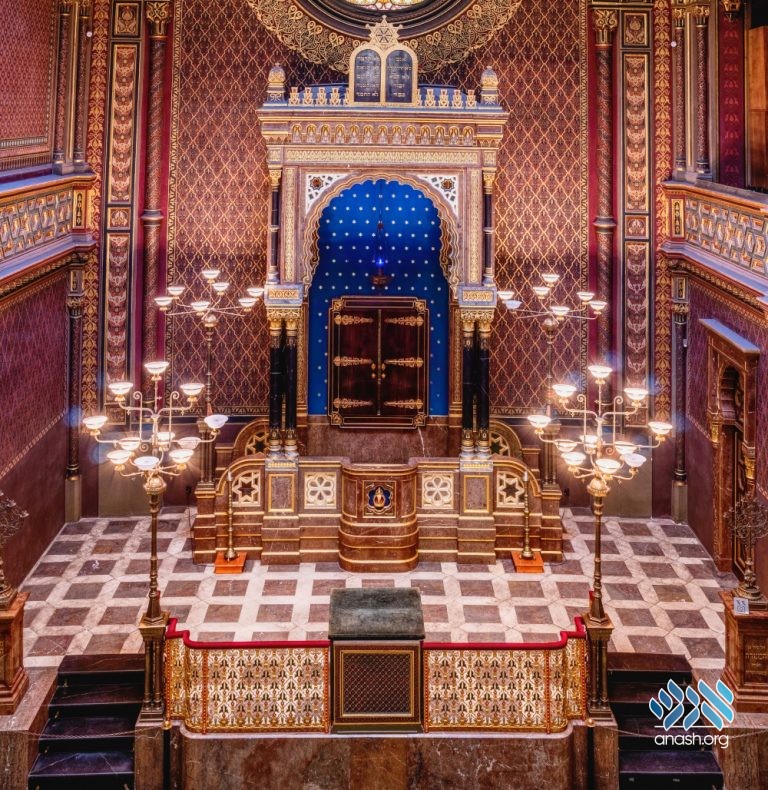 Motzei Shabbos Story: Reb Shlomo Rafaels was one of Sventiany’s oldest residents. For decades he staunchly opposed the Chassidic movement before abruptly stopping his involvement in the fight. It took 30 year, and a visit from the Alter Rebbe, to find out the reason.

In the second part of the 18th century, the fledgling Chassidic movement faced stiff hostility, fueled by a bona fide suspicion that perhaps its followers weren’t G‑d fearing people, coupled with a bevy of false reports crafted by individuals seeking to hurt the movement.

Rabbi Shneur Zalman of Liadi, founder of Chabad, made it his mission to sway public opinion by exposing the detractors to the truth about Chassidism and its adherents. In synagogues packed with spectators, in cities such as Minsk and Smilovitz, he held grand debates with his opponents, proving the claims of Chassidism’s boorishness untrue. Time and again, his words found their mark. Great scholars, persuaded by the breadth of his genius, became ardent followers.

Our story begins in the winter of 1786. Rabbi Shneur Zalman was on his way to Sventiany (Shventzian), Lithuania, whose Jewish population were predominantly opposed to Chassidism. Word of his arrival traveled quickly through the town, spreading to the hundreds of Chassidim who lived nearby. On Shabbat Noach, Sventiany swelled with Chassidic guests.

For two weeks Rabbi Shneur Zalman hardly left the lectern. His discourses ranged in topic from Gemara and Halacha to the esoteric realms of Kabbalah and Chassidus. Many of the scholars in attendance had traveled to Sventiany specifically to attend these lectures. As hoped for, Rabbi Shneur Zalman’s visit created an indelible impression, and before long, many of Sventiany’s illustrious young men adopted Chassidic customs.

At the age of 93, Reb Shlomo Rafaels was one of Sventiany’s oldest residents. He was well known and admired both as a scholar and a wealthy businessman, retired from his massive and very successful spirit manufacturing and distribution operation. All ten of his children had married into well-known, respected families. People spoke of him epitomizing the word “success.”

Thirty years prior, Reb Shlomo placed himself at the frontlines of the war against Chassidism, driven by sincere but misguided convictions that Chassidism was just another heretical incarnation of the Sabbatean movement. His deep pockets provided a majority of the funding necessary for the opposition’s pushback, and in 1757 he traveled to Vilna to witness a group of prominent rabbis excommunicate the Baal Shem Tov. During this period of disquiet, not a single Chassid dared to step foot inside Sventiany.

Reb Shlomo continued his battle for seven years, before suddenly retracting his funding and ceasing all further involvement. An envoy of rabbis visited him to learn the reason for his withdrawal, but he would say nothing. When asked whether he believed the Chassidim to be G‑d fearing Jews, Reb Shlomo affirmed there was no doubt in his mind they were.

In 1786, however, during Rabbi Shneur Zalman’s visit, the reason finally surfaced.

It was before Mincha on Shabbat, just as Rabbi Shneur Zalman finished speaking before a large crowd. Reb Shlomo stood up and called for silence. Everyone immediately complied.

“Esteemed gentlemen,” he began. “Around 30 years ago, I was present among a committee of rabbis who excommunicated the Baal Shem Tov. My intentions were earnest.

“On my 70th birthday, as I learned the tractate of Menachot, my eyes closed of their own accord. A man appeared in my dream.

“‘I am the Baal Shem Tov,’ he declared. ‘You and your associates had me and my students ostracized, but you failed to first enquire and investigate as Jewish law requires. Recant your position!’

“I awoke distraught, his words ringing in my ears. He was right. When we issued our indictment, we had not properly investigated. The dream compelled me to conduct my own research, and I followed the Chassidim and their ways closely. The error of my ways was immediately seen — the Chassidim are G‑d fearing people, observing the Torah most scrupulously. Thus, I withdrew from the opposition.

“Since then, over the course of 20 years, I still follow them, and the more I do, the further I realize how profoundly erroneous are the controversy and backlash surrounding them.”

The crowd stood in rapt silence as Reb Shlomo straightened up and faced Rabbi Shneur Zalman.

“I’m 93 years old, and standing here today I wholeheartedly say, ‘Blessed are You… who has granted us life, sustained us and enabled us to reach this occasion to meet face to face with a true leader of Israel, a true scholar, who merited to draw thousands of Jews closer to their Father in Heaven and elevate Torah to its fullest extent.’”

Reb Shlomo’s emotional proclamation set Sventiany and the surrounding towns abuzz. Once Shabbat ended, hundreds proceeded to visit Rabbi Shneur Zalman, who received them till the early hours of the morning. Reb Shlomo, once so opposed, can now be credited for spurring Chassidus into wider public acceptance.