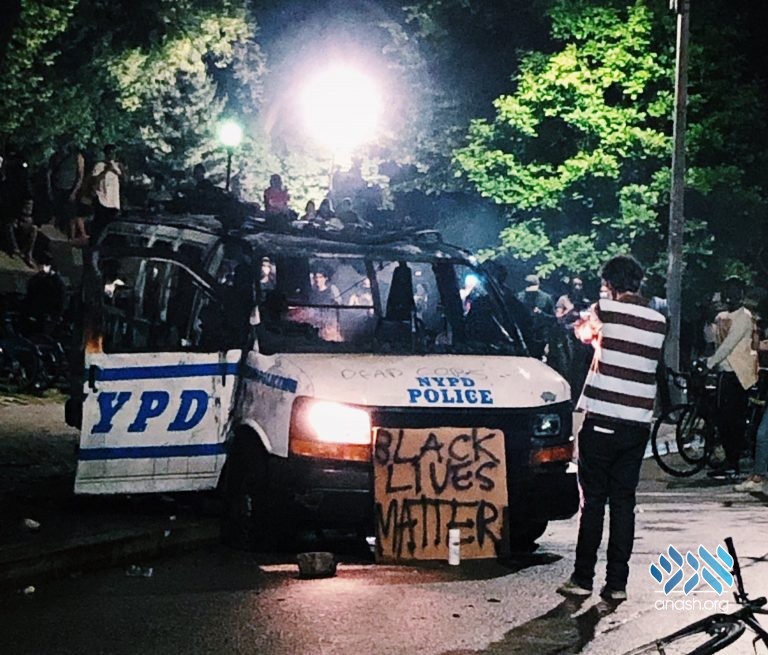 Following another night of unrest, Mayor De Blasio announced Tuesday’s curfew would begin earlier at 8 p.m. and end at 5 a.m.

Following another night of unrest, Mayor De Blasio announced Tuesday’s curfew would start earlier — beginning at 8 p.m. and ending at 5 a.m — in an effort to quell late-night violence and destruction.

The unprecedented curfew Monday night did little to prevent destruction, as groups of people smashed their way into shops including Macy’s flagship Manhattan store, grabbed merchandise and fled.

While the protests in Crown Heights remained peaceful throughout, other parts of the city weren’t as fortunate.

Video posted on social media showed piles of rubbish on fire on a debris-strewn street and people smashing into stores. Swarms of looters rushed into Macy’s flagship on Herald Square, and many other stores in Manhattan and the Bronx were emptied of merchandise.