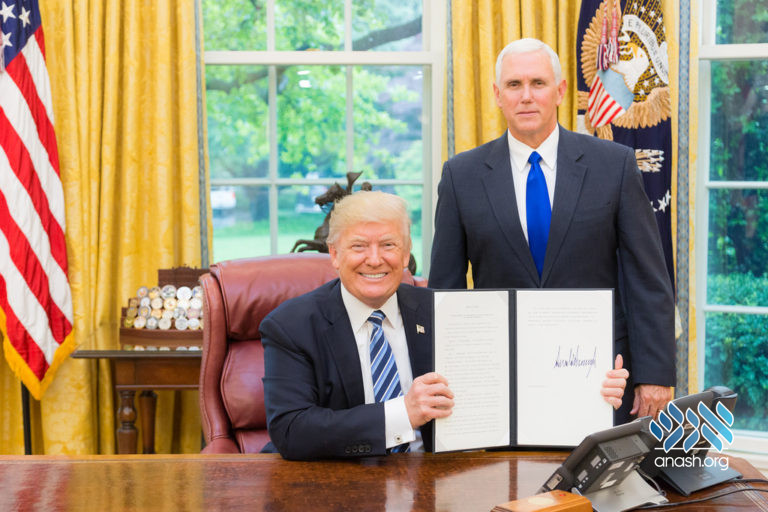 The order is expected to be signed during the White House Chanukah celebration later today.

The order targets anti-Semitism on college campuses by “considering” the International Holocaust Remembrance Alliance definition of anti-Semitism and by threatening to withhold federal money from educational institutions that fail to combat discrimination.

Contrary to earlier reports, the order does not define Judaism as a nationality.

Israeli Ambassador to the UN Danny Danon praised the administration’s act as essential to fighting anti-Semitism.

“This is the right move in the fight to tackle anti-Semitism head-on. In the face of hatred, one must not remain silent, but respond strongly. This will target the BDS movement that has grown in recent years; if academic institutions do not act against this anti-Semitic movement, they will pay a heavy price,” Danon said.

Trump’s order applies Title VI of the Civil Rights Act of 1964 to anti-Semitism. The law allows the US Education Department to act against programs which “on the ground of race, color or national origin” but leaves out religion. Trump’s executive order reaffirms the decision of the Obama Administration in 2010 to extend Title VI protections to religious groups such as Jews, Sikhs, and Muslims.