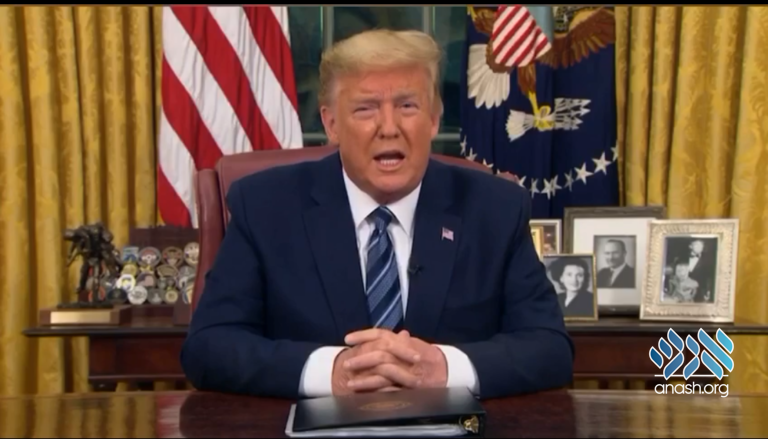 President Trump announced tonight that all travel from Europe to the United States will be suspended for the next 30 days, except for the UK. The ban goes into effect Friday at midnight.

Trump made the decision in order to “keep new cases from entering our shores.” He said the new rule will go into effect beginning Friday at midnight.

“We will be suspending all travel from Europe to the United States for the next 30 days. The new rules will go into effect Friday at midnight. These restrictions will are be adjusted subject to conditions on the ground,” the President said from the Oval Office.

Trump said there will be certain exemptions made for certain Americans “who have undergone appropriate screenings.”

“These prohibitions will not only apply to the tremendous amount of trade and cargo, but various other things as we get approval. Anything coming from Europe to the United States is what we are discussing. These restrictions will also not apply to the United Kingdom,” Trump added.

As the coronavirus continues to spread worldwide, the U.S. and many other nations have enacted tough measures to contain the illness, including barring foreign visitors from countries ravaged by the outbreak.

The Trump administration so far has barred travelers from mainland China, where the virus originated last December, and Iran, which also has seen a spike in infections, from entering the United States.

The Department of Homeland Security later clarified that the ban is not on flights as President Trump announced, but rather it is on foreign nationals who have been in Schengen European countries at any point during the 14 days prior to their scheduled arrival to the United States.

US permanent residents, citizens, and immediate family members of U.S. citizens are exempt, though they may face screening and testing.