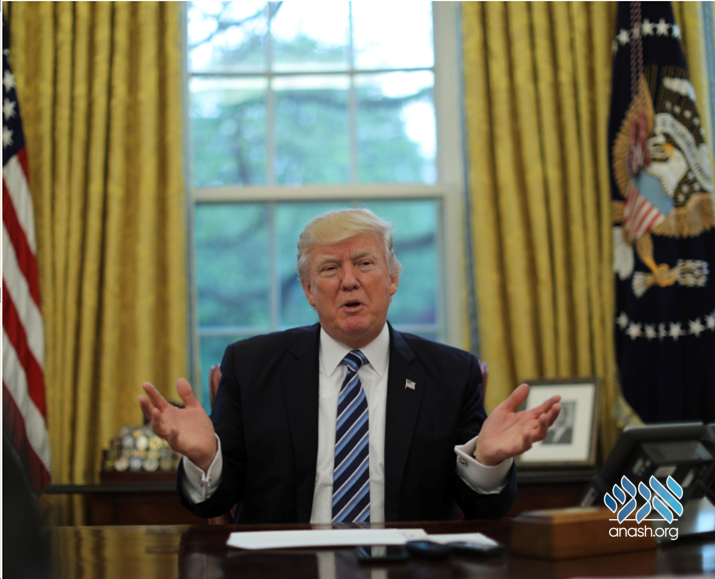 In commemoration of National Religious Freedom Day (January 16th), President Trump welcomed into the Oval Office a group of students and teachers from each of the three major world religions, NPR reported.

The group’s individuals said they have been discriminated against for practicing their religion at school and the president warned school administrators they risk losing federal funds if they violate their students’ rights to religious expression.

In 1962, The U.S. Supreme Court banned school-sponsored prayer in public schools, determining it to be a violation of the First Amendment. Private prayer meetings are permitted if participants don’t try to force others to join.

The US Government must “never stand between the people and God,” Trump said forcefully. “It is totally unacceptable.”

Trump did not recommend changes to existing laws, but the White House says it wants to empower students and teachers to exercise their religious freedoms. The Department of Education will send a letter to education secretaries and officials in all 50 states reminding them that students and teachers can’t be discriminated against for practicing their First Amendment religious rights.

Joe Grogan, the director of the White House Domestic Policy Council, said: “Whenever the president draws his megaphone upon a subject, people will pay attention. It’s important for all Americans… to understand that the First Amendment protects religious beliefs and protects people in expressing their spiritual life in the public square.”