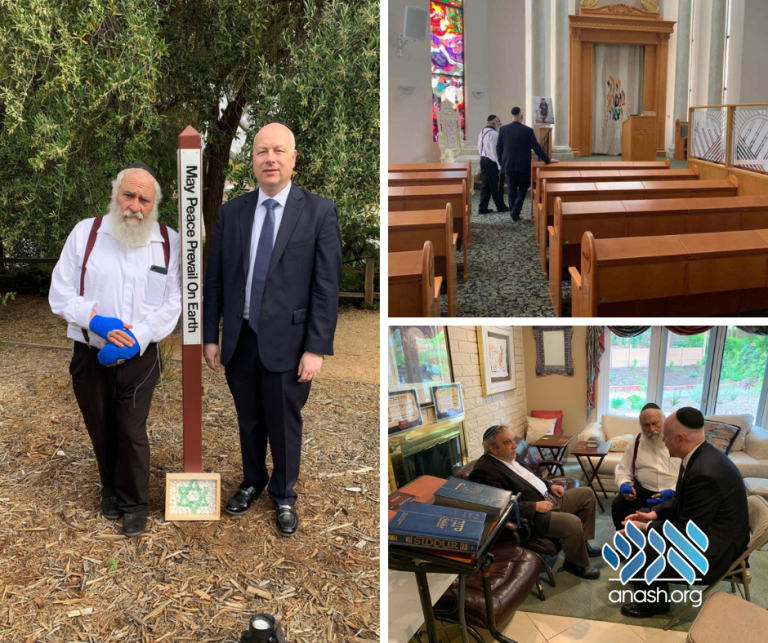 Assistant to President Donald Trump, Jason D. Greenblatt traveled to Poway, California on Wednesday. Greenblatt went on behalf of the Trump Administration, to relay their heartfelt sorrow for Poway’s loss, following the horrific shooting attack this past Shabbos at the Chabad Shul in Poway.

Greenblatt thanked Rabbi Yisroel Goldstein for his message to turn a hateful act into a lesson on tolerance.

In a tweet, Greenblatt called Rabbi Goldstein a “pillar of strength for his community and our nation”, and called the visit “moving”. He also expressed regret at not being able to meet the heroes who helped end the attack, Oscar Stewart & Jonathan Morales.