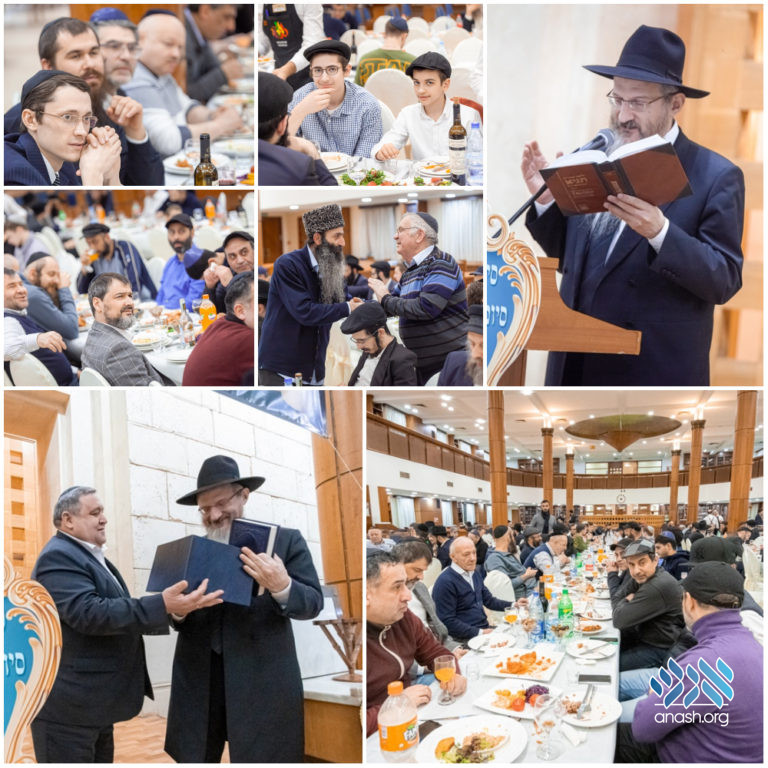 Hundreds of Jews gathered in Russia’s capital Moscow to celebrate a triple simcha in the completion of Sefer HaTanya and two mesechtos of Shas. The celebrations took place in conjunction with the Chof Beis Shevat farbrengen in the Marina Roscha Shul in Central Moscow.

The siyum on Meseches Rosh Hashanah was delivered by the Rabbi Yosef Yitzhak Marzel, rabbi of the Kashrut Committee of the chief rabbinate, whose daily Gemara shiur has already completed multiple Mesechtos.

Finally, a siyum on Meseches Berachos was conducted by Rabbi Mordechai Avraham Weisberg, director of the Moscow Jewish Community, who teaches regular Gemara lessons to Jews some of who are experiencing Torah study for the first time.