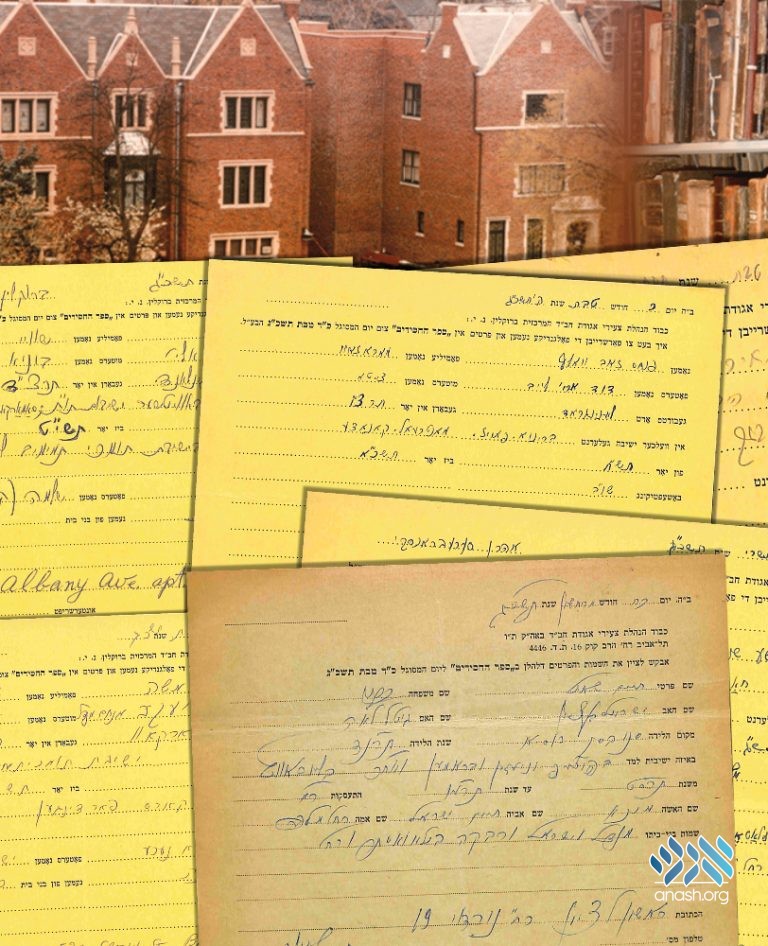 Hundreds of cards that chassidim filled in decades ago with their personal information were made public for the first time, releasing a virtual treasure trove of the history of Chabad families.

Ever wondered where your grandfather learned in yeshiva? What was the exact date of your great-grandfather’s birthday? You might be able to find it out now.

The Central Chabad Library has release online a scanned collection of cards filled out decades ago by chassidim, containing their personal information and a short biography of themselves.

The cards were filled out as part of the ‘Sefer Hachassidim’ project, which began at the Frierdiker Rebbe’s initiative in 5690, and was continued by the Rebbe in the 5720s, ahead of the 150th anniversary of the Alter Rebbe’s passing.

Each card contains the names of the chossid who filled out the card, together with the names of their family members, their date and place of birth, and the period of their study at Chabad yeshivas.

The newly released information sheds light on the history of hundreds of Chabad families, giving them a glimpse into the lives of their grandparents, uncles aunts and family members.

“The main bulk of the cards were collected in 5723, and handed in to the Rebbe on Chof Daled Teves of that year,” Chief Librarian Rabbi Berel Levin told Anash.org. “The collection then sat in the library for many decades, unused.”

In 5744, the Rebbe wrote to Rabbi Levin, asking him to give a suggestion how to use the cards. Rabbi Levin responded by suggesting that they be arranged in alphabetic order, allowing them to be utilized for research purposes. Two years later, the Rebbe gave his approval to the idea.

“Since then, the cards were arranged in the library, in parallel with the collection of photos sent to the Rebbe throughout the years,” Rabbi Levin said.

Two years ago, the Library began scanning the photo collection and released them online, followed by a photographs of the library archives, containing items and memorabilia given to the Rebbe. Following on the heels of those projects, the library scanned and publicized the current collection, and made it available online for anyone to see.

“There is no question that this collection will be of great benefit to the tens of thousands of chassidim worldwide, who are the sons, grandsons and great-grandchildren of the chassidim who filled in the cards,” Rabbi Levin said.