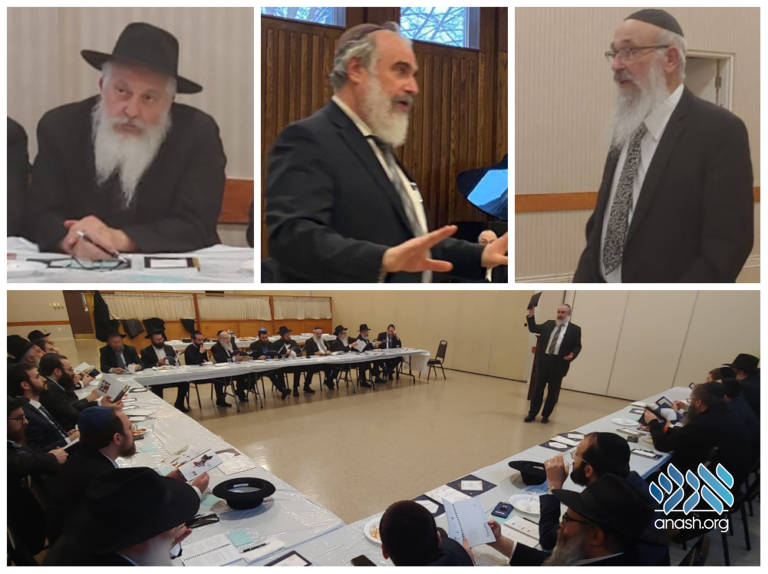 35 Toronto-area shluchim gathered this past week to plan the upcoming National Jewish Retreat that will be taking place in August in Toronto.

Exciting plans are being drawn up in Toronto, the city to host the upcoming National Jewish Retreat. 35 shluchim gathered this past week to discuss plans and organize local recruitment efforts.

The NJR faculty is an unparalleled assembly of over 70 of the world’s most sought-after Jewish thinkers, theologians, academics and educators.

The meeting of the shluchim was coordinated by Rabbis Shmuly Karp and Mendel Abelsky and generated much enthusiasm among the local shluchim in preparation for the forthcoming Retreat. Vaad members Rabbis Epstein and Gansburg presented as well.