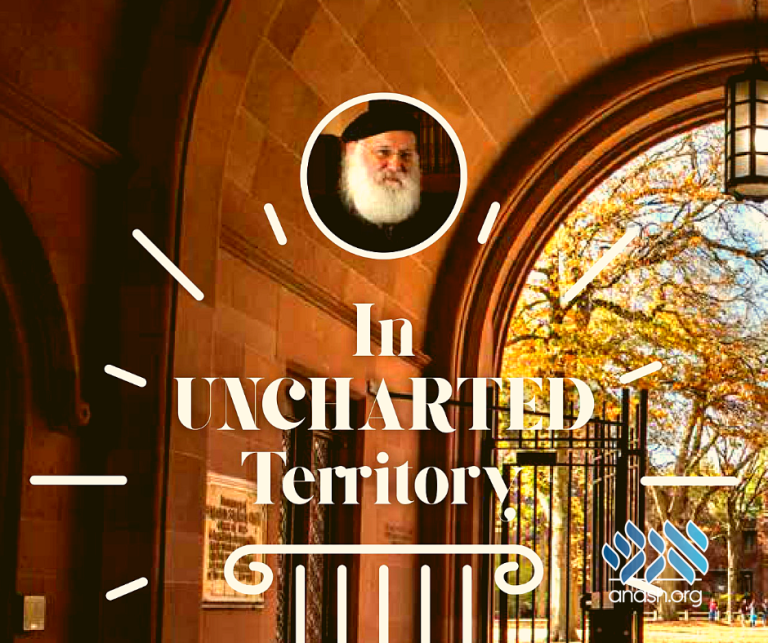 Shortly after getting married, Rabbi Laibel and Leah Wolf embarked on the Rebbe’s shlichus, moving from Melbourne Australia across the world to Madison Wisconsin, serving the Jewish student population there.

On their way to Wisconsin, they stopped for a few days at the Chabad House at UCLA, at the time one of the very few Chabad Houses on campus. It was quite a learning experience. Campus life in America in 1970 was wild and raw, and the shluchim were adept at channeling these energies themselves. “I remember one character in particular in that Beis Chabad,” Rabbi Wolf relates. “Everyone called him Baruch Hashem. I asked why he was called Baruch Hashem, and they said he had a violent tendency, and if he didn’t hit you, you would say ‘Baruch Hashem.’ That’s why he was called Baruch Hashem…

“Of course there were many straighter individuals as well, but the Chabad House became a real beehive of activity in terms of attracting students because the shluchim were on the wavelength of the students—equally ‘way out there’ as the students were. Not that the shluchim were necessarily that way themselves, but they were able to tap into that energy and express it.

They arrived in Wisconsin soon after, where they were greeted with a Midwest winter at its finest.

The University of Wisconsin was a particularly radical college at the time, and there were constant demonstrations against the Vietnam War and many other issues on the table. These often turned violent, and there were many clashes between police and students.

Rabbi Wolf quickly learned how to adapt to the climate. He relates: “We created a first aid center in the Hillel House, because whenever there was an altercation—every other day, the police and students would throw canisters of tear gas at each other—the students would come to the Hillel to wash their eyes out. The police didn’t consider the Hillel House sacrosanct either, and every once in a while a few gas-canisters would be thrown into the Hillel as well. That was my first experience with tear gas, not a very pleasant experience… As a consequence, I became very good friends with many students, especially the activist ones, many of whom went on to become quite famous people throughout the United States.

“It was a very, very serious period of time, when people took the revolution they were part of very seriously, but there was also a childish naivete; the same students who would throw bombs would throw frisbees all afternoon, or sing songs and play guitar. The Rebbe recognized that there were wonderful energies there that needed to be tapped into and directed; that the youthful revolutionary zeal was something that could be utilized. The students were prepared to be moved because there was an emes, there was a truth and there was an energy.

“The Rebbe saw this well ahead of time and directed the early Chabadniks on campus to tap into that and redirect it, and this became the baal teshuva movement. That’s why there was such wonderful success in terms of Chabad on campus and moving students towards Yiddishkeit.”

With the Rebbe’s guidance and direction, Rabbi Wolf continued working tirelessly, ultimately bringing Yiddishkeit and Chassidus to many thousands of Jews all across the globe.

Read more of his fascinating story in this month’s Derher Magazine.

Download a preview of the magazine by clicking here or subscribe today for the complete A Chassidisher Derher experience.

In this month’s issue: