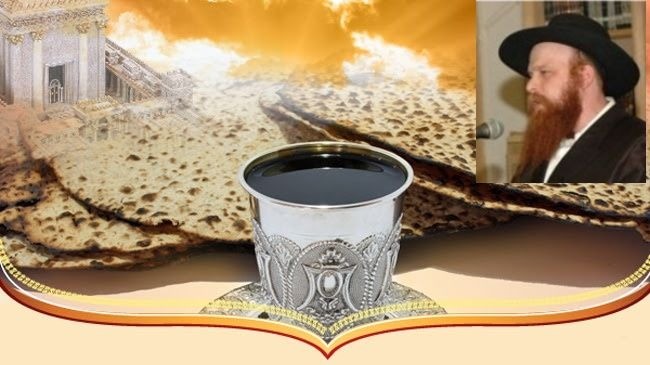 In 770 by the Rebbe, one of the yearly customs was that on the week of Shabbos Mishpotim – when the Possuk אם כסף תלוה את עמי was read in the Torah – during the farbrengen, the Rebbe would instruct the person in charge of the gemach – for many years R’ Shimon Goldman – to make an announcement, inviting everyone to the melaveh malka that would take place that night to benefit the gemach.

The seder was, that this chosid would be instructed by the Rebbe to put on a shtreimel, to share a chassidishe maaseh or vort (while wearing the shtreimel), and then to announce the melaveh malka. On at least two occasions, the Rebbe commented on the story that was shared. One of those occasions was regarding the following story:

There was once a Rov who was travelling, and he stopped at an inn. As was the case with many inns at the time, this inn was managed by a Jewish couple. They were simple folk, yet were honored and delighted to be able to host the respected Rabbi, and tried to tend to his every need.

Imagine their consternation, then, when – in the middle of the night – they heard sounds of passionate weeping coming from the room of the Rov! The couple was devastated – where had they been remiss in their treatment of the rabbi to the point of eliciting such a reaction! – and the husband was immediately dispatched to the Rov’s room to figure out how to correct the problem.

He came to the Rov and asked if the bed was uncomfortable, but was reassured that it was perfect. He asked the Rov if perhaps the room was too hot or too cold, but was reassured that the temperature was also to his liking. “Maybe our food didn’t satisfy the Rabbi,” the innkeeper asked, but the Rov heaped lavish praise on the food as well.

“Then why is the Rabbi crying?” asked the puzzled innkeeper. The Rov explained that he had not found any fault in their hospitality, and he was merely reciting tikkun chatzos, as was his custom every night.

The simple innkeeper was somewhat calmed that they had not been faulty in their hospitality, but, now, he found himself intrigued by this new concept, and wanted to know what tikkun chatzos was. “Have you never heard of tikkun chatzos?”, the Rov asked, “Every night at midnight, pious Jews awaken and cry to Hashem to end our bitter golus and send us Moshiach”!

But this answer, like its predecessor, only left the poor innkeeper with more questions. “Moshiach?” he asked baffled, “what is that?” Incredulous, the Rov realized what a simpleton he is dealing with, and patiently explained that we are awaiting the redemption when Moshiach will gather all of the Jews from throughout the world and bring them back to Eretz Yisroel.

The innkeeper listened in amazement to these novel ideas, and then ran to share them with his wife. But she was decidedly unenthusiastic. “To go to Israel,” she exclaimed to her husband, “out of the question! We have our inn here, our only source of livelihood, along with our animals and all of our worldly possessions. How can we even think of leaving?”

The innkeeper returned to the Rov to express his wife’s reservations. The Rov (seeing who he is dealing with) tried to explain to him on his level. “It is true that you are settled here and comfortable. But you know that here we are oppressed by the goyim who we live amongst and every few years there is another pogrom, with extensive loss of life and property, and – if you are lucky enough to survive – you may have to start all over again. In Eretz Yisroel we will be free, and no longer oppressed by the goyim”.

The man thought about the Rabbi’s response. It made sense to him, but he couldn’t make any major decisions without input from his wise wife, and he once again took his leave from the Rabbi.

After a few moments, he returned to the Rabbi and said respectfully: “Rabbi, my wife says she understands and agrees that here the goyim always harm us. But, in that case, perhaps the Rabbi could ask Moshiach to take the goyim to Israel, and let us continue to live here in peace!”

When the chosid concluded the story (and invited all of the assembled to the melaveh malka), the Rebbe commented that – lest one might draw a conclusion from this story that women are somehow less eager for the geulah than men – it is important to point out that women are equally eagerly awaiting and anticipating the geulah.

Which brings us to the question: what, then, is Moshiach?

We are about to celebrate the last days of Pesach, which are connected, especially, to the final and ultimate geulah. And on Acharon shel Pesach we will hold a Moshiach seudah, which is all about Moshiach. We will be focused on increasing our awareness of, and our sense of anticipation for, Moshiach.

In that case, it would seem to be quite important for us to know what we’re looking for, to make sure that we’re not seeking unsuitable substitutes, like the ignorant innkeeper in the story, and his equally uninformed wife.

Of course, you say, everyone knows what Moshiach is all about (besides the gelt which will be in great abundance, and the candy canes and sushi rolls which will be growing by our front doors): it is ‘ונגלה כבוד ה, the revelation of G-dliness in the entire world. No one needs an email to be told that.

Because, if, indeed, that is what we are seeking and anticipating, then we should be taking as much of it as we could get in the meantime. If you want something very badly, then you look for every opportunity to get even a little bit of it. If someone craves wealth, even if his ultimate aim is to be fabulously wealthy (and that is what we all should aim for…), he still (and because of that) shouldn’t and wouldn’t turn down any opportunity for even just a few extra dollars.

Simply stated: You are eagerly awaiting Moshiach? You are breathlessly anticipating gilui Elokus? Well, why don’t you get more of it now in the interim? When you learn Chassidus you get a foretaste, a טועמיה, of the revelations of G-dliness that we will experience when Moshiach comes. When you spend a little more time and effort on your davening, on relating with what you learned in Chassidus during davening, then you are getting a prelude of יום שכולו שבת ומנוחה לחיי העולמים.

But if you’re not grabbing the chance to learn another vort of chassidus, or when you are actually having a shiur in chassidus, you let yourself get distracted and uninvolved; or if you’re rushing through davening so that you don’t have opportunity to notice – let alone contemplate – the words that are whizzing by you like meteors, then you are not giving credibility to your expressions of wanting Moshiach now!

So you say, of course I want Moshiach, I can’t stand the golus, but I want the real thing, I don’t want these empty imitations and sorry substitutes. But that is all wrong! If we are to genuinely yearn for Moshiach, we have to train ourselves to care about G-dliness, and to begin caring about it now. And that means attaching more importance to the abilities we have today of giluy Elokus.

Imagine you have a relative, a loved one, who you haven’t seen in a long time. Every day you are pining for your loved one. One day someone tells you that have the ability to speak with your loved one on the phone. Of course, you will not be satisfied until you are reunited with them. But in the meantime, will you say I don’t want anything until I can be fully reunited, or will you try to get any bit of them that you can get? What if the most you are able to get, at this point, is a letter from them. Wouldn’t you treasure that? What if you got nothing more than a letter from someone else who met your loved one and describes the meeting in a letter? You get the point.

In an Acharon Shel Pesach farbrengen (5722), the Rebbe asked:

And the Rebbe gave a very beautiful explanation:

On Pesach we relive the constraints and restraints of Mitzrayim, in order to relive our liberation. To that end we eat Matza, which is לחם עוני, and marror to commemorate the bitterness. But when Moshiach comes and brings us the final geula, then there will be no trace left of constraints and restraints, there will be only harchovo, – infinite expansiveness. Therefore, the seuda of Moshiach cannot be held with experiences of עוני and of bitterness, but only with the wine that expresses harchovo and simcha.

Some people want to celebrate Moshiach with matza. Matza is a holy food, a G-dly food, it is מיכלא דמהימנותא, the bread of emunah. But it has no taste (today we cannot fulfill the mitzvah of matza with matzoh ashirah that has a taste). They believe very strongly in Moshiach and wait for Moshiach, and think that is enough. But they don’t leave their constraints, they don’t try to feel it and experience with their senses, to taste what it’s all about and experience it (as much as is possible today).

Or else, they want to celebrate Moshiach with marror. They are embittered about the golus, they are fed up and sick and tired with the golus and truly can’t stand it anymore, and that is the theme of their seudas Moshiach and the essence of their yearning for Moshiach and geulah.

But, the Rebbe says, you must celebrate Moshiach specifically with wine! You have to start – in a positive way – experiencing and appreciating (“tasting”) the giluyim of Moshiach today. You do this by understanding and appreciating your Torah learning (not merely learning to pay your dues). And by using your davening as an opportunity to experience G-dliness, to get a taste for gilui Elokus. And in order to do this you have to understand, think about and contemplate the words, each one according to their level (and this is not my example – it is the example the Rebbe brings there!).

I think we’re all ready and willing to take more (and greater) steps, to live more with Moshiach and make it more a part of our lives. We just need to encourage ourselves – and each other – more to put in the effort to take more advantage of those opportunities we have today to experience G-dliness. We each have to work a bit more to make our Chassidus more alive and our davening more relevant, and as a result all of our Torah and mitzvos will be more real.

We are about to begin the Yom Tov connected – more than any other – with the coming geulah of moshiach, which will come to its climax with the seudah of Moshiach. Let’s make sure that we are celebrating it not with matza and marror but with wine; with paying attention to what Moshiach means and to what Moshiach means to us, and making it more a part of our lives. And the Eibershter should give us – already from erev Yom tov – the true Moshiach’s seudah, when we will celebrate and dance together with Moshiach Tzidkeinu bepashtus , lemato mei’asoro tefochim now!