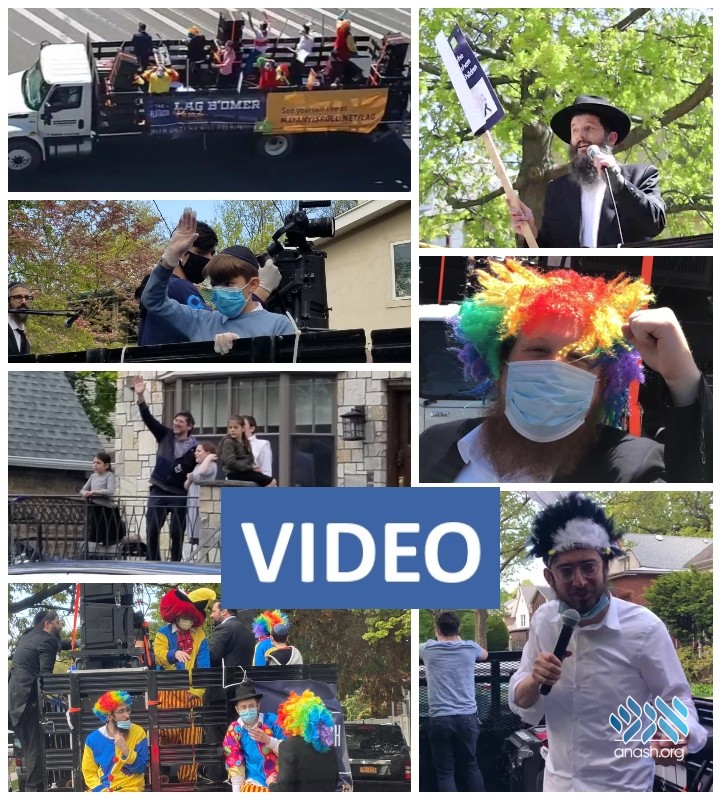 For the past 16 years, Mayan Yisroel’s Flatbush Lag B’Omer Parade and Concert have grown in size from year to year. This year, COVID-19 presented challenges and restrictions. But the parade had to happen!

In compliance with the city’s shelter-in-place and social distancing policies, three music trucks paraded through every street in Flatbush.

With floats, live music, dancing bochurim clowns, and festivities. Pesukim were recited on every block, and children were able to watch themselves on a delayed live online feed. 12,000 viewers were recorded, neighborhood Rabbonim sent in special video messages, and children sent in clips of themselves doing Torah, Tefillah and Tzedaka.

Fitche Ben Shimon and Shea Rubenstein, Binyomin Lerner and Chaim Golovan, and DJ Avi each did an incredible job on their truck – together with Levi Plotkin and the bochurim who were thrilled to be able to create a Lag B’Omer parade, in spite of everything.

“Where there is a will there is a way and כדאי הוא ר’ שמעון לסמוך עליו בשעת הדחק” said Rabbi Yoseph Vigler, shliach to Flatbush and organizer of the Parade. “Remarkably, in a sense, this parade had more participants and brought more achdus than ever before”

Special thanks to Shea Rubenstein and the JCC of Marine Park, Shomrim of Flatbush and the NYPD.