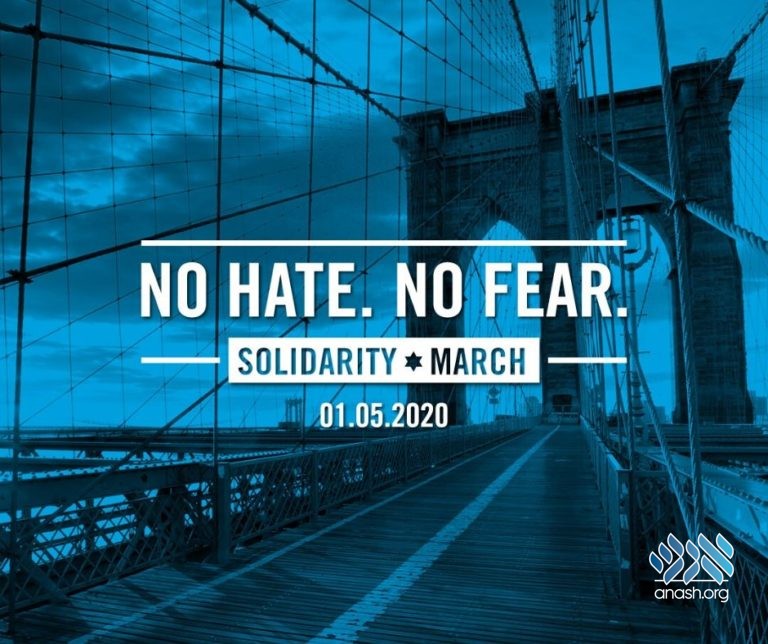 Jewish groups will hold a solidarity march on Sunday Jan. 5, in New York City under the banner “No Hate. No Fear.”

“In light of the ongoing and persistent attacks against our community, it’s time for us to come together and demonstrate our collective resolve,” the organizers said.

The poster that announces the upcoming event declares, “When anti-Semitism strikes our community, we stand up and stand together.

“This Sunday, we will march through our streets – proud, united, and strong.

“The 1.5 million Jews of our great city and region will not stand down. We will not be intimidated.”

Getting to the rally:

Once downtown:
March participants should arrive at Foley Square via the North side, at the intersection of Worth Street and Lafayette Street (also known as Federal Plaza).