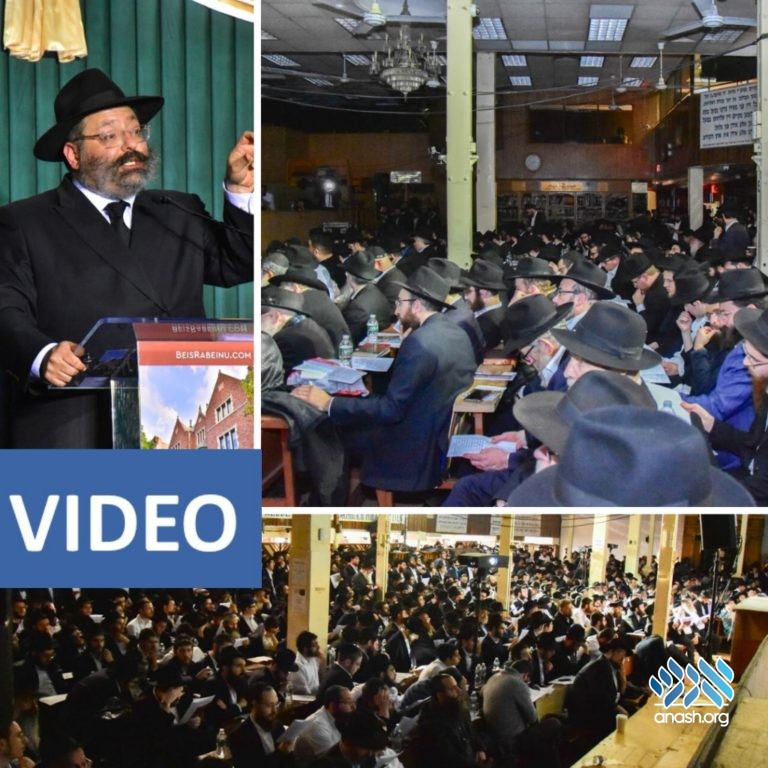 Hundreds of people gathered in 770, and thousands more joined online for a special learning session on the significance of the Rebbe’s Shul.

Hundreds of people gathered in 770 on the first night of Rosh Chodesh Kislev for a special learning session on the significance of the Rebbe’s Shul.

While the program was originally scheduled to go for an hour and a half, the program went into the fourth hour (!), with over 6,000 people participated online through the live broadcast.

The event was a project of Menachem Benchemon together with Mendel Mintz.

Watch a full replay below.