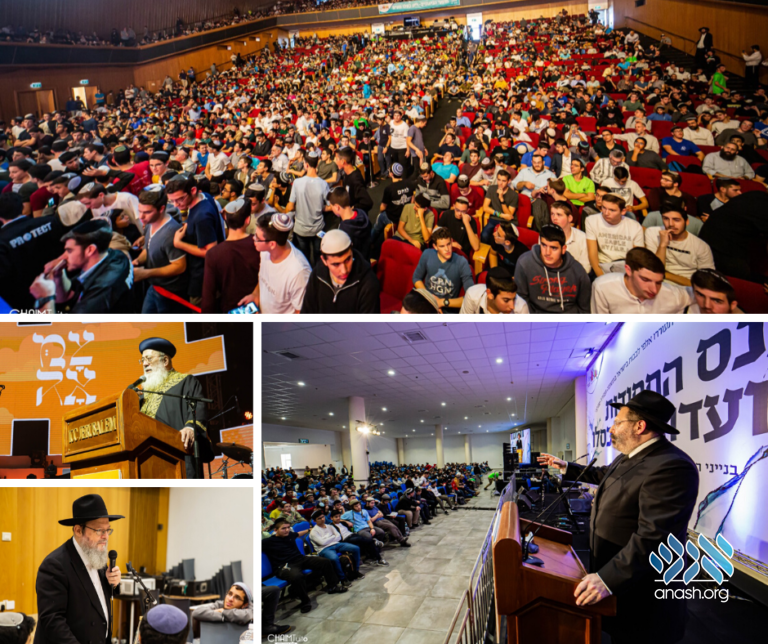 Today, Erev Yud Tes Kislev, began the first day of the ‘Week of Chassidus,’ celebrating the geula of the Alter Rebbe, at the International Convention Center in Yerushalayim.

In the morning, the hall was filled with thousands of young men who came to experience a stirring Chassidishe farbrengen.

Happening alongside the event in the huge auditorium was the Chassidus convention which included addresses by Rabbis Shabtai Slaviticki, Yosef Yitzchak Jacobson, Dudi Judkiewicz and others.

Chief Rabbi of Yerushalayim and former Chief Rabbi of Israel Rabbi Shlomo Amar, also addressed the gathering, delivering words of encouragement to all the attendees.