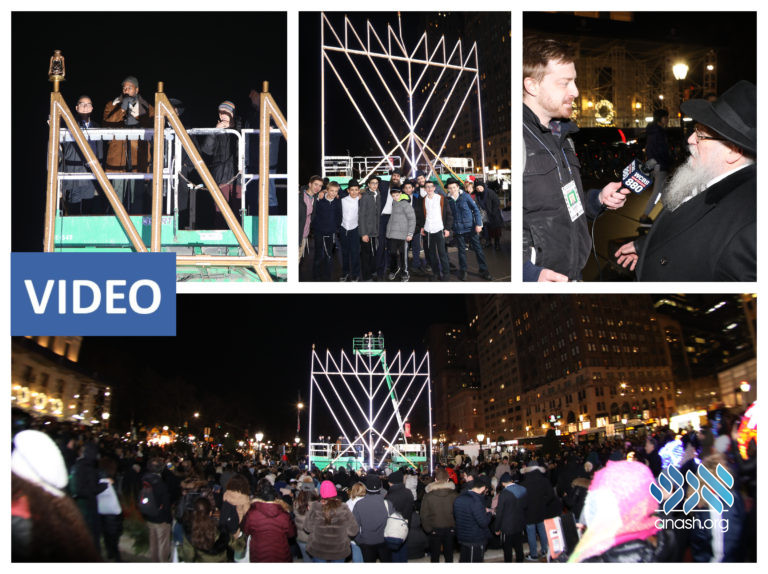 Thousands gathered for the lighting of the World’s Largest Menorah in Manhattan with Rabbi Shmuel Butman, dignitaries and Chazan Yitzchok Meir Helfgot.

The World’s Largest Menorah is now illuminated with an LED light frame so that you can see it from far away. “This is an awesome scene. It warms your soul with pride” said a teenage girl from a Bat Mitzvah Club.

“To the anti-Semites across the river in Jersey City or wherever they may be we say ‘no one will take us down, we will only become bigger and stronger’” Said Rabbi Shmuel Butman, Director Lubavitch Youth Organization. “Anti-Semitism should not be found in our society,” said Jumaane Williams, the Public Advocate of the City of New York, who spoke at the Lighting of the World’s Largest Menorah.

“It is for this reason that the World’s Largest Menorah has extra illumination to bring more light,” said Rabbi Butman “As a smart man once said ‘while others cursed the darkness I lit a candle.’”

Hot latkes were distributed and the joyous Chanukah festivities were continued in singing and Dancing.