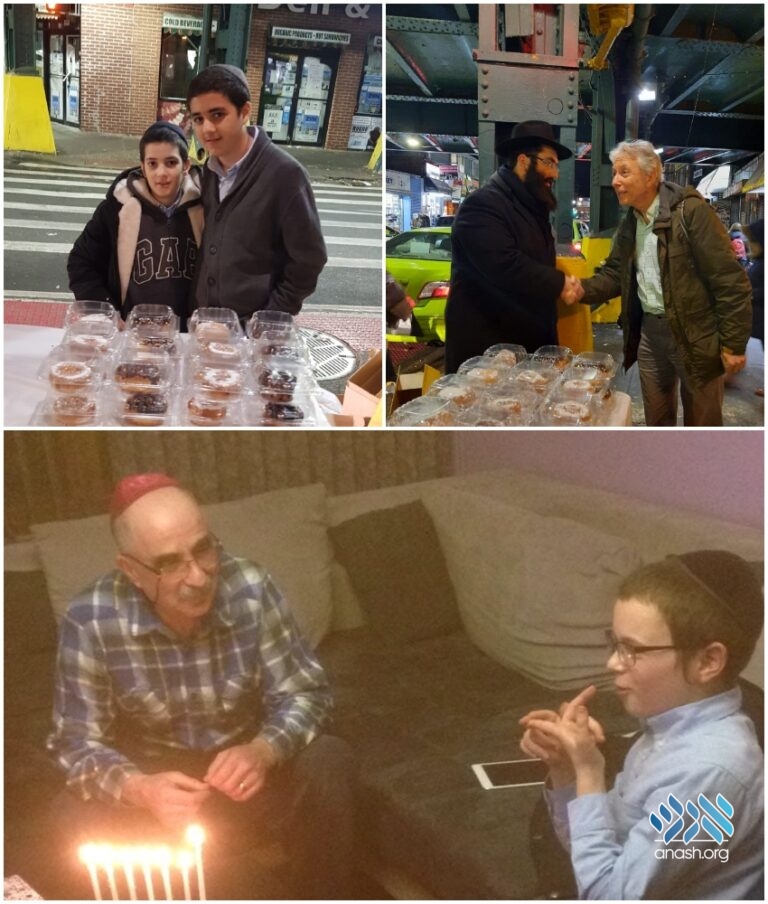 Shlichus, the Rebbe taught us, does not necessarily mean uprooting one’s life and establishing a Jewish community in the middle of nowhere. The Rebbe demanded of his chassidim to be in a constant state of shlichus, reaching out to the people around them, no matter where they may find themselves. For that reason mivtzoim was so important to the Rebbe who wanted everyone, no matter where they lived, to make mivtzoim a part of their life.

Chabad of Sheepshead Bay, under the leadership of Rabbi Cohen, has an extensive mivtzoim operation which caters to the needs of the thousands of Yidden living there. The following is a story which portrays the tremendous ripple effect mivtzoim had on a family as told by Rabbi Yitzchak Schwartz, Outreach Director at Chabad of Sheepshead Bay.

“A Bochur doing Mivtzoim in Sheepshead Bay encountered a yid by the name of Yitzchak who slowly began warming to yiddishkeit. He eventually put up mezuzos and, with the help of Chabad, also purchased a pair of tefillin. As their relationship grew, Yitzchak shared with the bochur how he has a sister who had been convinced by missionaries to follow their religion. She currently lives in Philadelphia and is completely entrenched in their way of life. She and her family pray at their places on Sundays and the girls wear their symbol around their necks. He shared how seeing his sister behave in such a manner pains him so deeply that he can no longer look her in the eye. When the bochur told me this story I asked the assistant director to reach out to Yitzchak and figure out with him how we can help his sister. After hours of conversations going back and forth, Yitzchak agreed to have the Chabad Shliach who lives near his sister reach out to her.

After several months we inquired with Yitzchak how his sister was doing and he joyfully shared with us the miracles that had taken place. With time, his sister warmed up to the sliach who eventually put up mezuzos in the house and her husband even put on tefillin. Her 13 year old daughter removed her necklace and informed her mother that she will no longer be joining the family on Sundays. He then thanked us profusely for our part in helping his sister and her family.

After hearing the incredible transformation that had taken place in his sister’s life I realized that this was all the result of mivtzoim. What began as a simple door to door mezuzah campaign resulted in redeeming a family from a desperate situation.”

Mivtzoim has a two fold benefit and effect. When individuals, especially children, go on mivtzoim they build up tremendous passion and excitement towards something that was so important and valuable to the Rebbe. And even more than that, the simple connections built with the yidden who are being reached have unprecedented effects. The above story is a demonstration of that, but how many other stories are there that we don’t even know about?

Everything is prepared, the menorahs and Chanukah treats, routes geared for families, and the modes of transportation. All you need to bring is your chayus, passion, and desire to penetrate the world with the light of Chanukah. Can we count on you to light up Sheepshead Bay?

For additional information and to sign up for the mivtzoim please message: