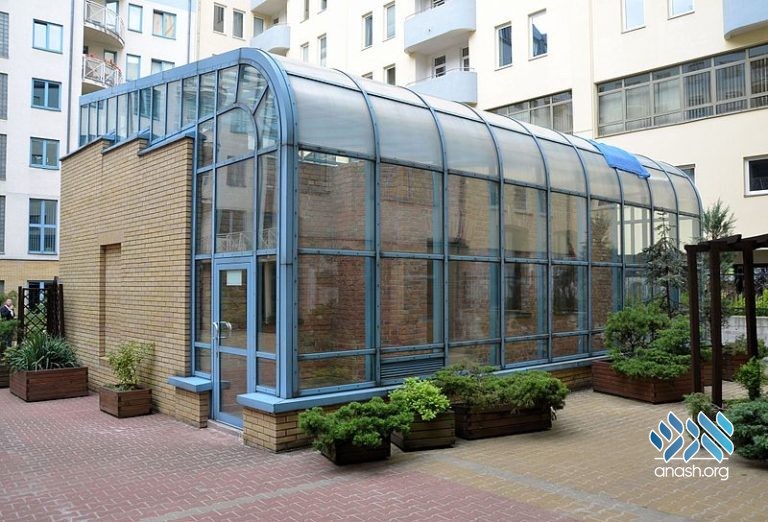 Preserved part of the house at 57 Żelazna Street in Warsaw, home to the Yitzchak Meir Alter shul.

Melava malka story: When the first Gerer Rebbe expressed a seemingly impractical wish, one man decided to make it happen.

Harav Yitzchak Meir Rothenberg-Alter will forever be remembered as the brilliant founder of Chassidus Gur.

Married to Feigele, daughter of Reb Moshe Lipshitz, a wealthy magnate from Warsaw, Yitzchak Meir was then known as the “Genius of Warsaw.” After several years of intense learning, he founded a yeshiva, admitting only students who were exceptionally learned and sharp. Masterfully taught, his shiurim required a keen mental grasp coupled with a profound knowledge of Torah. Not everyone was able to understand.

Offers for positions as a rav poured in but he rejected them all. Even when his father-in-law suffered severe setbacks in business and thus lost all of his wealth, Reb Yitzchak Meir refused to accept the yoke of rabbinic leadership. He never paused his learning or teaching and relied on the meager income from his occasional role as a bookbinder.

With time, the room housing his yeshivah became too small. Students continued to show up at the doorstep, wanting to learn from the famed Rebbe, and Reb Yitzchak Meir began to consider expanding. Ultimately, he decided not to. Transplanting the entire yeshivah for renovations, even temporarily, constituted an unwarranted interruption of Torah learning.

Yet the growing crowds of students found it more and more difficult to wedge themselves into the tight confines of the beis medrash. One day, the Rebbe was heard to say, “If only someone was capable of completing construction on a larger space in a single day, I would be immensely pleased.”

To everyone, it was an impossible dream. But not for Reb Yekel.

Reb Yekel began to brainstorm and an idea quickly evolved.

In Warsaw, there lived a certain wealthy contractor. He was not a chassid, nor was he known as a yarei shamayim. Reb Yekel met with him and described, in dramatic terms, the cramped yeshivah conditions. Though he’d heard of the “Genius of Warsaw,” the contractor remained unmoved by the yeshivah’s circumstances. He calculated a lengthy time frame and a high cost on a sheet of paper, handed it to Reb Yekel, and waited for a response.

Reb Yekel gave it a fleeting glance, and handed it back with a nod, and said, “Remember, the time frame isn’t to be taken into account.”

“Meaning,” said Reb Yekel without batting an eye, “the work has to be finished in one day.”

The contractor nearly fell off his chair. Fixing Reb Yekel with a frosty stare, he said, “No one can finish this work quicker than me. It is impossible.”

The harsh tone didn’t sway Reb Yekel, and he returned the stare. “Tell me, how many years are you married?”

Caught off-guard by the personal question, the contractor stammered a number.

At those words, the contractor deflated. “Sadly, none.” His voice trembled.

“Well then,” said Reb Yekel enthusiastically. “We have a deal. You renovate the yeshivah within 24 hours and the great Rebbe, Harav Yitzchak Meir, will give you a bracha for children!”

(Reb Yekel hadn’t discussed such an arrangement before approaching the contractor. This was a spontaneous promise on Reb Yekel’s part.)

A spark of hope ignited in the contractor’s eyes. Hands were extended and shaken, and a date was set.

Within days, the final stages of the plans were drawn up and palettes of building materials sprung up around the yeshiva. The contractor marshaled an army of workers. When everything was ready, Reb Yekel told the Rebbe that construction was to start the following day, exactly in the manner he prescribed—to be completed in a single day.

Reb Yitzchak Meir’s class took place somewhere else the following morning. In turn, the workers swarmed the tiny yeshiva and began renovations at a rapid clip. Orchestrated by the contractor, walls were torn down, cement was mixed and spread, and new floors were planted. Despite the brisk pace, the work stretched throughout the entire day and continued into the night, not winding up until the early hours of the morning. When only an hour remained to the 24-hour deadline, the windows were finally installed. Even as the last few minutes ticked closer, workers were still seen fussing over details.

Where a pitiful room once stood, a magnificent hall, amply furnished, now supplanted its place. One would be hard-pressed to say it was built in just one day.

Reb Yekel seized the chance to reveal his impulsive promise to the Rebbe.

“Rebbe, I agree it’s indeed beautiful, but the price is quite expensive! We pledged—in your name—a son for the contractor.”

Reb Yitzchak Meir’s delightful expression curled into a thoughtful frown. For a minute, he was silent, seemingly lost in thought.

“Hashem will help him,” he finally declared, and stepped inside his new yeshiva building.

And indeed, within the year, the contractor invited Reb Yitzchak Meir to act as sandak at his son’s bris.