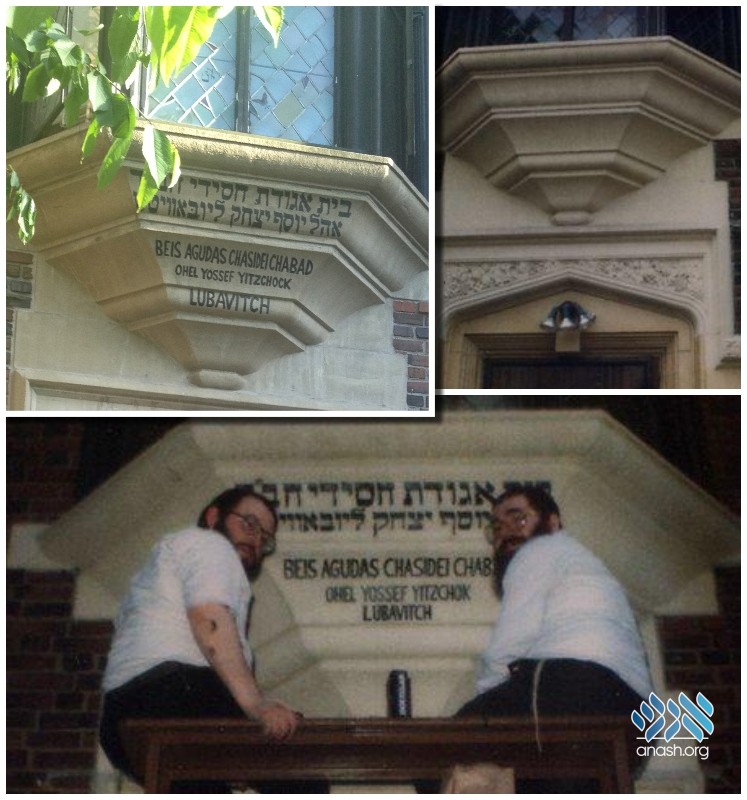 In Tammuz of 5745, during the tense times of the ‘seforim trial’, the Rebbe requested that words be painted above 770’s front door. What did those words represent?

In Tammuz of 5745, the Rebbe began speaking how Seforim of the Freidiker Rebbe‘s library have been going missing, in the saga that eventually led to the ‘Didan Notzach’ on Hey Teves.

In one farbrengen during that time period, the Rebbe explained that the library, and in fact the entire 770, belong to the Chassidim. The Rebbe said that in light of that fact, the words ‘Beis Agudas Chasidei Chabad’ should be added to the 770 building, clearly displaying to anyone who walked by the true facts.

In photos released today by RebbeDrive, one can see the Rebbe’s words being translated into action. The photos, captured by Reb Yossi Malamud of Crown Heights, document the words being inscribed. Painting the words are Rabbis Sholom Jacobson and Levi Sudak.