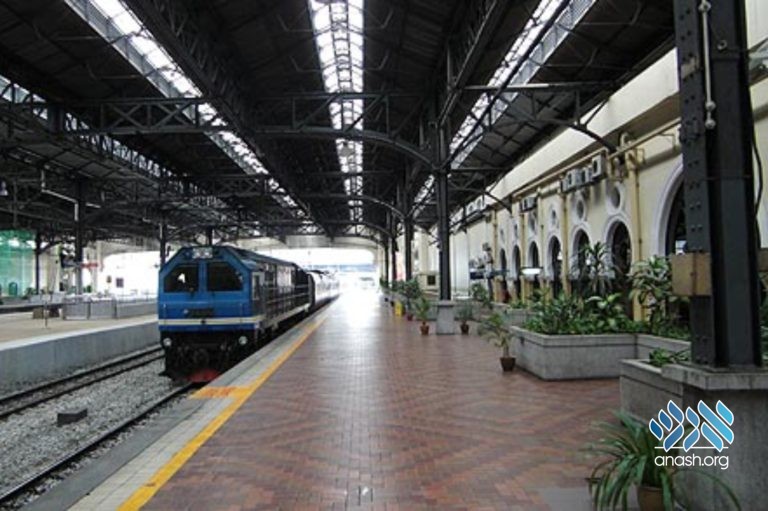 Reb Avraham Lampel, a textile businessman in pre-war Poland, was honest to a fault. He diligently recorded every transaction and kept his distance from anything that might entangle him with the local tax authorities. For many years, his business operated without the tiniest hitch.

Then temptation arose: a bargain that would allow him to save a great deal of money by evading some red tape. He hesitated, but the promise of easy money won him over.

Reb Avraham quickly realized his decision was a regretful mistake, but Polish authorities swept through the offices and arrested everyone involved before he could extricate himself from the situation. Set in official ink, a date was soon scheduled for his court hearing.

As the court date drew nearer, an unrelated business opportunity arose. For decisions like these, Reb Avraham usually traveled to his Rebbe, Reb Yissachar Dov of Belz, to request a blessing for success. Though he desperately wanted to unburden his troubled mind and request a blessing for his pending court appearance, he was too ashamed to bring up the sordid topic. Reluctantly, he buried the legal woes in his heart and hoped the Rebbe’s blessing for the new business venture would cover his ongoing challenges as well.

Reb Avraham received the Rebbe’s blessing and made his way to the door, suppressing a sigh. Suddenly, the Rebbe called out, “If you are presented with an opportunity to help someone, even if it’s an ordinary stranger from the bazaar, don’t hesitate to do so.”

And with those cryptic words ringing in his ears, he was dismissed.

Reb Avraham had never heard the Rebbe speak that way. Eyes roving vigilantly for any needy passerby, he tried to make sense of what the Rebbe meant, but no satisfying explanation came to mind.

Waiting for the train home, Reb Avraham noticed a woman nervously pacing the length of the platform. She didn’t appear Jewish, and she was clearly troubled by something. Reb Avraham approached her and offered to help.

“No, thank you,” said the woman politely.

The Rebbe’s words echoing in his head compelled Reb Avraham to ask one more time, a bit more empathically. The woman sighed and shook her head.

“My purse is gone, along with my personal documents and money. Either I lost it or it was stolen, and I don’t have a clue how or when it disappeared. But that doesn’t matter. As of now, I have no way to return home.”

“How much do you need for the trip?” Reb Avraham asked.

Without a moment’s hesitation, Reb Avraham whipped out his wallet, counted out 25 zlotys, added a few more, and placed the money in her open palm.

“Have a safe journey,” he wished her with a smile.

The woman’s eyes welled up with tears. As soon as she was able to speak, she pressed Reb Avraham for details so she could repay him, but he simply smiled kindly and wished her well. Refusing to leave the good soul empty-handed, the woman handed him her calling card, thanked him again, and left.

Reb Avraham studied the card and discovered that the woman served as a judge in Lviv, then known to Yidden as Lemberg and to Poles as Lwów. The information didn’t mean anything to him, so when he tucked the card into his wallet, he forgot about it completely.

Reb Avraham was sweating in his suit, lips moving ceaselessly with kapitlach of Tehillim. It was the day of his trial, and he was standing in the courtroom awaiting the judges. The heavy, wooden doors opened and the three judges—two men and a woman—strode down the aisle, their robes billowing in their wake.

Reb Avraham’s jaw went slack: that was the woman he had helped at the train station!

The judges took their seats and the trial commenced. As though perfectly rehearsed, the prosecutors proceeded to paint a convincing case against Reb Avraham, describing his crimes in painful detail, and, lastly, recommending that he be treated according to the full extent of Polish law. Reb Avraham felt numb when he noticed two judges bobbing their heads in agreement with prosecution’s pronouncements. And when his own attorneys did nothing to mitigate his guilt, he could already taste the prison gruel he’d be eating for a long time.

But a familiar voice interrupted the trial.

“I unequivocally object,” pronounced the third judge loudly. “Several months ago, when no one wanted to help me, an unknown stranger in a faraway train depot, this man here stepped up and did so. He did not know me. He asked nothing in return. I am not a member of his nation, yet he did not care. I, therefore, cannot believe this man was willingly involved in such a crime, and even if he was, I believe he deserves another chance, as it must have been an anomaly, a one-time moral failing, not at all representative of who he is.”

Swayed by her powerful retelling of the encounter at the train station, the other two judges reversed their verdict, and the case was dismissed.