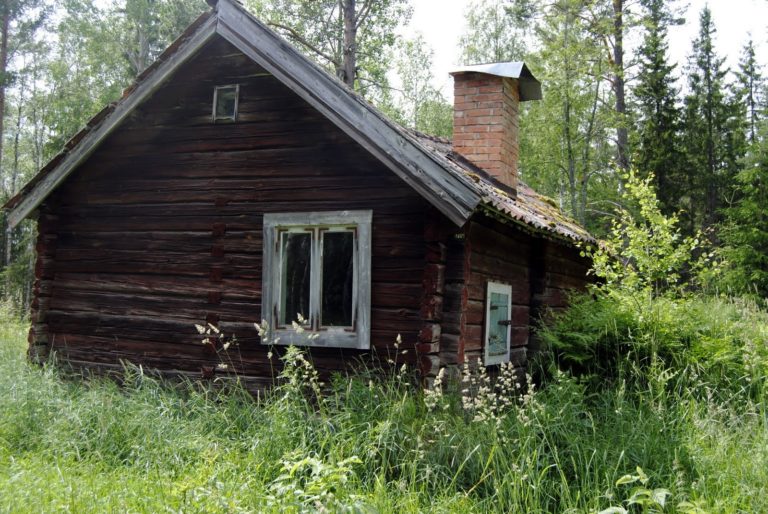 Face flushed with emotion, Rabbi Abraham Yehoshua Heschel, then rabbi of Kolbuszowa, Poland, finished recounting his story and fell quiet. His peers, Rabbi Mordechai of Neshchiz and Rabbi Aryeh Leib (known as the Shpoler Zeide), seemed oblivious that the story had come to an end.

“Esteemed gentleman,” said Rabbi Abraham Yehoshua loudly, “What is the verdict? I accept whatever you decide.”

Concerned, the rabbis agreed that the details were too scarce to settle on a ruling. It took another hour of pointed questioning before they felt ready to deliver a verdict.

“The circumstances surrounding your actions classify you as an accidental murderer,” they decided. “Technically, you did nothing wrong, but a man of your spiritual stature should have pursued an alternate set of actions. An extended exile would be the appropriate remedy for your soul.”

Because they had issued the verdict upon their friend, the rabbis assumed his punishment too. All three would aimlessly wander the country for three years, relying on G‑d for their sustenance.

Several weeks prior, a small delegation of Jews from a neighboring town had traveled to Rabbi Abraham Yehoshua with shocking news about the behavior of their shochet (ritual slaughterer). Moshe had fallen on tough times, and was now known to frequent the local watering holes, whiling away entire nights in a drunken stupor. Witnesses reported seeing him swaying wildly, slurring local folk songs at the top of his lungs.

Rabbi Abraham Yehoshua could hardly believe his ears. There was nothing harmless about Moshe’s behavior! A shochet, the individual responsible for providing the town’s supply of kosher meat, was expected to act with decorum. He packed a few belongings, and left the very next day to investigate.

The scenery rolled by uneventfully as the carriage gently rocked its passenger. Rabbi Abraham Yehoshua noticed a man, hunched with age, walking deliberately along the roadside. “Why are you tiring yourself out?” he called from the carriage window. “Please, come share the bench with me. There’s plenty of space.”

The man climbed aboard, and although the rabbi attempted to engage him in friendly conversation, the newcomer made it clear he preferred to be left alone.

Rabbi Abraham Yehoshua did not notice the tiredness descending. Without even a yawn of warning, he found himself overcome by a strong and sudden urge for deep sleep.

“How is the Rabbi of Kolbuszowa swayed by slander about a shochet who is revered by the angels themselves?”

Convinced it was the old hitchhiker who said these words, Rabbi Abraham Yehoshua forced his eyes open and whirled around, only to discover that the carriage had stopped and he was alone inside it.

The driver tended the horses, then hoisted himself back up onto the seat and promptly resumed the journey.

Once again, Rabbi Abraham Yehoshua spotted a lone figure trudging along the road, a heavy sack slung over his shoulder. He ordered the driver to slow the carriage and invited the young traveler inside.

Cheered by the kind offer, the young traveler took a seat and stared out the window wordlessly. Rabbi Abraham Yehoshua, grateful for the company, asked a few questions, but was once again met with silence.

For the second time that day, the rabbi felt himself overcome with a sudden, heavy exhaustion, and as his eyes drooped, he heard the familiar thundering voice.

“Is it true the Rabbi of Kolbuszowa wishes to fire a shochet who even the angels above dare not approach?”

Rabbi Abraham Yehoshua woke up and realized they had arrived at their destination. The seat opposite him was empty.

In the back of his mind, the thought that his dream might not have been a dream after all frightened him.

As evening morphed into night, Rabbi Abraham Yehoshua made his way to Moshe’s home—a cabin on the city’s outskirts, not far from the cemetery. Everything was shrouded in darkness by the time he stepped up to the door and knocked gently. A woman, clearly Moshe’s wife, opened the door and regarded the holy visitor with wide-eyed reverence.

“Where is your husband?” Rabbi Abraham Yehoshua asked.

Tight-lipped, the woman directed a shaking finger at a small hut in the corner of the yard. “There.”

With a quiet murmur of thanks, Rabbi Abraham Yehoshua left the woman by the door and approached the hut, treading slowly and softly through the yard. He peered through a small crack in the door and studied the scene inside: Sitting in the center of the room, swaying over a large book with utmost reverence, were Moshe the shochet, the old hitchhiker, and the young traveler who carried the heavy bundle. Their faces emanated a golden glow that filled the small room.

Rabbi Abraham Yehoshua crept back to Moshe’s wife, who was still standing in the doorway.

“Please, can you call your husband?” he asked.

The woman obliged and disappeared inside the hut. Moshe then staggered from the darkness towards Rabbi Abraham Yehoshua, barely keeping his balance, a sloshing bottle of spirits swinging in one hand.

“I demand you cease this act at once!” said Rabbi Abraham Yehoshua sternly. “Tell me what is happening here.”

Moshe’s expression transformed mid-step into one of utter seriousness. He dropped the bottle and pulled Rabbi Abraham Yehoshua out of his wife’s earshot.

“For a long while, I’ve kept my true identity a secret. Time after time, I buried it under various guises and behaviors. But now that you have revealed my secret, I realize my role here in this world has come to an end. I ask one thing of you — please arrange that my wife and children receive a monthly stipend.”

Moshe’s body was laid to rest the next day. Leading the funeral procession, Rabbi Abraham Yehoshua bared his anguish in heaving sobs, a tormenting guilt seared forever into his soul. The life of an innocent, righteous man had been severed short, and it was his fault.

Rabbi Abraham Yehoshua used the eulogy to reveal Moshe’s identity as one of the 36 hidden righteous people and described the extreme measures he had taken to maintain his disguise. Now seeing their wayward shochet in a new light, the townspeople rushed to fulfill Moshe’s last wishes.

It was these events that Rabbi Abraham Yehoshua relayed to his peers, after which he began his penance: a three-year exile through the Polish countryside.