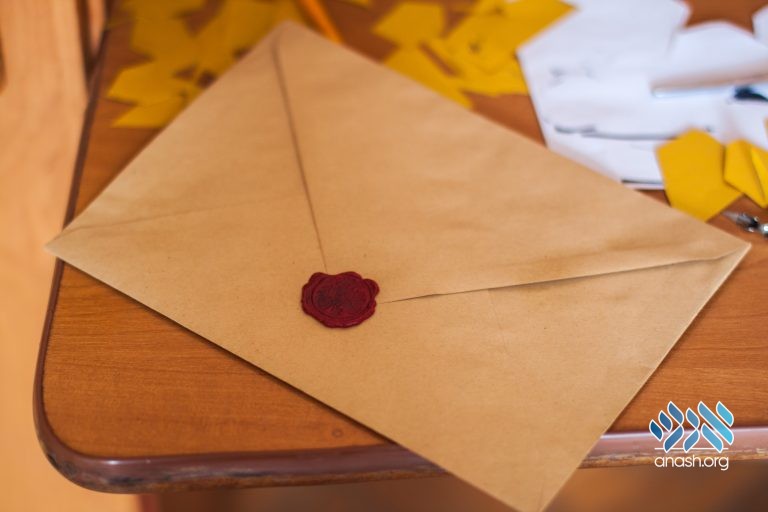 Motzei Shabbos Story: For 20 years the Jewish innkeeper managed not to pay his annual rent. A new anti-Semitic manager led him to Reb Levi Yitzchok of Berditchev who gave him a letter which left him confused.

Every day was arduous for the simple Jewish innkeeper. Beginning with the sun’s ascent and ending only late at night, he bustled about the small lodgings each day, serving the occasional guests, hoping to earn enough kopeks to feed his family.

For almost 20 years the innkeeper had avoided paying his annual dues to the baron from whom he leased the property. The faraway landowner never bothered to enforce the rent himself, and the foreman he hired to collect the money—a friendly man, liked by all, with a soft spot for the poor—overlooked the innkeeper’s missing payments and made sure word never reached the baron’s ears.

Alas, the day came when the baron fired the kind foreman and replaced him with a steel-hearted anti-Semite, eager to please his boss. The glee the new hire felt upon discovering the long backlog of unpaid debts cannot be described.

“Have a look at your worker’s neglect!” he cackled as the baron held the ledger with shaking hands.

He wasted no time notifying the innkeeper: If the entire sum isn’t paid soon, you and your family can forget about ever seeing sunlight again.

Seized with fright, the innkeeper hastily packed a bag and left to seek the wisdom and blessing of the famed Rabbi Levi Yitzchak of Berditchev.

After listening to his guest describe his distress, Rabbi Levi Yitzchak asked softly, “And why indeed haven’t you paid the baron’s dues? Did you never manage to get the money together?”

“I couldn’t,” explained the innkeeper. “My wife and I were blessed with sons, and who was to teach my small boys Torah? I hired a melamed, not just for them, but for all the boys of the village. We have him sit and teach, and we invite everyone to join his lessons. I pay him out of my own pocket!”

“That’s not all,” continued the innkeeper. “It used to be that the few Jews living in our small town never had the opportunity to pray with a minyan, save for the High Holidays when we would travel to a neighboring city. Without much help, I finally organized a synagogue, and now we pray together every day—with a minyan, no less.”

“That seems fair too.”

“That’s still not all,” persisted the innkeeper. “The province had no mikvah. In the summer, while the weather is warm, it’s possible to take a coach to the city. The winter, however, makes traveling that kind of distance almost impossible, and for several months, no one would go to the mikvah. I constructed a mikvah for the benefit of everyone, all on my account. Hence,” he finished, “I haven’t paid the baron’s dues.”

Rabbi Levi Yitzchak nodded and said, “That too seems fair.”

Pushing his chair backward, he rose to his feet, walked into an adjacent room, and reappeared just moments later holding a sealed envelope. After instructing the innkeeper to deliver it only to the baron, Rabbi Levi Yitzchak blessed him with success and handed over the envelope.

The innkeeper set out on the long journey to the baron’s estate. He occupied himself by replaying his brief exchange with Rabbi Levi Yitzchak, and the more he thought about it, the more questions he had. What sort of familiarity (to the point of correspondence!) existed between Rabbi Levi Yitzchak and the baron? Especially odd was that Rabbi Levi Yitzchak barely lingered inside the other room and immediately returned with a sealed envelope.

The innkeeper pulled out the envelope and inspected it closely. Apart from Rabbi Levi Yitzchak’s signature, it was plain, betraying nothing of its contents. Neither flipping it around nor holding it to the sun helped. What could it possibly hold? A sudden urge to open it seized the innkeeper. He gripped the envelope, but could not bring himself to tear it open; Rabbi Levi Yitzchak himself had sealed it. Hoping to quiet his curiosity, the innkeeper stuffed the envelope back into his pocket and forced himself not to think about it. But a short hour later, he had the envelope out again, hoping to see something.

This scene repeated itself several times—each finding the innkeeper more desperate—until his curiosity intensified so strongly that he could no longer resist. Heart beating wildly, he ripped open the flap with one swift motion, slid out the letter, and unfolded it. He struggled to catch his breath, unable to register what he was seeing.

He was staring at a blank piece of paper. For a few minutes, the innkeeper held the letter, swaying, his excitement ebbing away, replaced by sheer panic. Filled with dread, he tried to imagine how violently the baron might react if presented with a blank letter.

But he swallowed hard and shook the thought from his mind—the rebbe would never ask him to deliver something potentially harmful. Gathering whatever courage remained, the innkeeper resumed his journey.

When he arrived at the estate, he asked the gatekeeper to inform the baron of his arrival. He was led inside, to an impressive study, where the baron sat behind an ornate desk.

He raised his head and barked at the quivering innkeer. “So, I assume you have my money?”

“I met with the tzaddik of Berditchev,” the innkeeper managed to croak. “He asked me to deliver this.”

He forced himself to hold out the rumpled envelope, hand shaking slightly.

The baron plucked the envelope out of the innkeeper’s fingers and walked into an adjacent room. The lull that followed felt like an eternity for the terrified innkeeper, but the baron walked out shortly, looking placated.

“Whatever happened, happened,” said the baron, waving his hand dismissively. “But from now on, I want to see your dues on time.”

The innkeeper expressed his deepest gratitude and, with a bounce in his step, left the room.

Several days passed before the innkeeper felt he owed Rabbi Levi Yitzchak an update. He returned to Berditchev and told the rabbi everything that had transpired since they last met, carefully omitting the part about discovering the blank letter.

“Of course,” sighed Rabbi Levi Yitzchak, “you must’ve read that letter then. I planned to have the baron give you the inn as a gift, but when you opened that envelope, you lost it!”