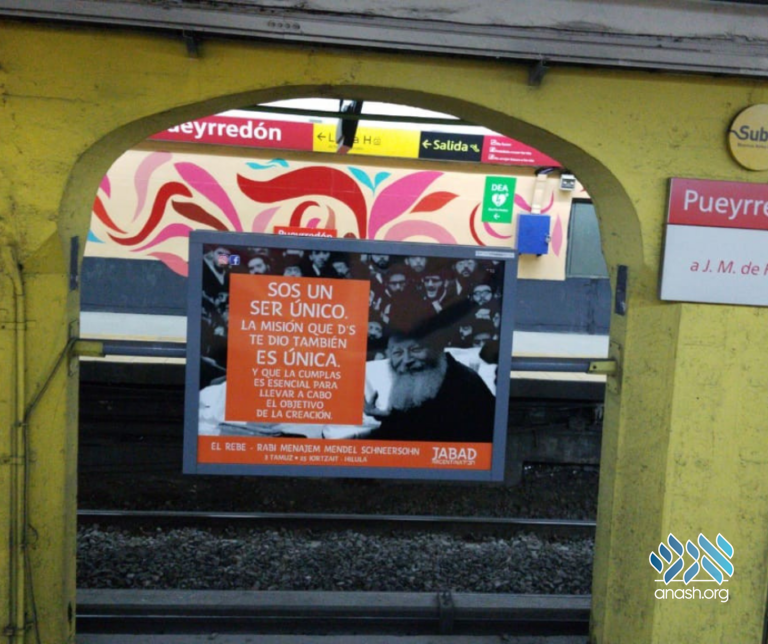 In Buenos Aires, Argentina, the train stations are saying “Rebbe.” So tweeted a gentleman in Buenos Aires recently.

He was referring to a campaign that was organized recently in honor of Gimmel Tammuz by the media department of Jabad (Chabad) of Argentina, and head shliach Rabbi Tzvi Grunblatt. “The idea was to bring a universal and powerful message of the Rebbe to the public, the Chabad Argentina office told Anash.org. “Even though our objective was the Jewish people there, and we chose the subway stations that are more used by Jews, it’s a message for every person.”

Ten Stations in Buenos Aires were chosen. The display had a beautiful poster with the Rebbe’s message, as well as utilized the local video screens to show a one-minute clip of the Rebbe, with Spanish subtitles, of course.

So, at least for this period of time, the Subway in Buenos Aires says Rebbe!