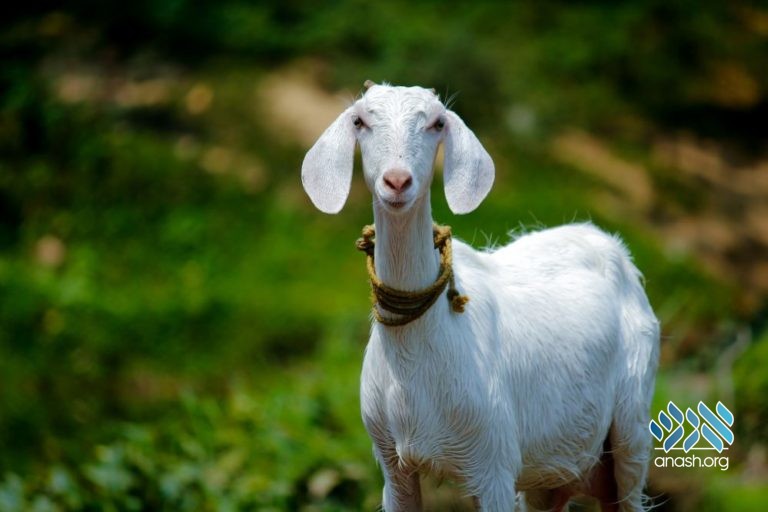 Melava Malka Story: How did this hidden tzadik’s righteous wife save an entire city from misfortune?

From the writings and talks of the Frierdiker Rebbe

When the Rebbe Rashab was a young child, his father, the Rebbe Maharash, woke him one morning and asked him if he had dreamed anything. The boy thought for a minute, then began trembling with fear and answered that he dreamed that several awesomely holy men had visited him, and that one of them told him a Torah idea and a story.

He described them, and his father identified the one who had spoken as the Baal Shem Tov.

The Torah idea that the Baal Shem Tov said was:

The story that he told was as follows:

When I was a young man of twenty, soon after being accepted as a member of the society of tzaddikim nistarim, several of us came to the city of Brody.

It was there in Brody that I saw the most amazing thing. I was standing in the marketplace, speaking to a large group of locals, when I noticed from the corner of my eye an older man walking in the distance, bent under the burden of a large sack he was carrying on his shoulder. His face was covered with sweat, and there was nothing unusual about him, except for the fact that over his head floated a brilliant pillar of spiritual fire!

Obviously, none of the other townspeople saw it. A few of them even yelled jeeringly, “Keep going, Herschel Goat,” and, “Carry, Herschel, carry!” And he called back with a smile, “Thank you! G‑d bless you!”

I could not believe my eyes. I called two of the elder tzaddikim who were with me, Rabbi Yechezkel and Rabbi Ephraim. They, too, saw the pillar but also couldn’t explain it. To all appearances, this Herschel was just a simple old Jew trying to make a living. What connected him to such a great revelation?

For several days I observed him and tried to understand the reason for this holy fire, but I still had no idea. People told me that he was a widower, his wife having died some ten years ago. He earned his meek living by carrying things on his back and doing odd jobs, and as far as everyone knew, he used all his money to feed a few goats he had because he loved goat milk. That is how he earned the name “Herschel Goat.”

So I decided to fast the first three days of each week, only drinking water at night, until I understood what this man did that was so pleasing to Hashem.

I had just finished the first three days and was leaving the shul when, by Hashgacha Pratis, there was Herschel walking down the street. He had a big smile on his face as I approached him. I told him I was very weak from having fasted, and asked if he could give me something to eat.

“Of course! Of course!” he said joyously. “Please, just follow me to my home! I’m so happy to help.”

We walked for about an hour till we came to an old run-down hut near the woods. Nothing seemed unusual, until he opened the door and we entered.

Suddenly four or five goats jumped from all corners of the hut at him. They lovingly licked his hands and literally pranced with joy about him.

I had never quite seen the likes of it. Herschel quieted the goats and told me to sit down, took out a large metal pail, milked one of them, and poured me a cup to drink.

“Nothing’s more healthy than goat’s milk! Here, have another,” he said with satisfaction as he handed me a second cup.

When I tried to pay him, he refused. “Chas v’shalom! Money? No! No money, no money! It’s my pleasure! I’m the one that benefits! What, I should take money too?” he said with a smile on his face.

Then he looked at me seriously and said, “I want to tell you a true story. You have no idea how happy I am that you came here. Please listen.” He sat down opposite me, waited a few moments while collecting his thoughts, and began.

“My wife, of blessed memory, was a truly righteous woman, always helping people. Any time anyone lacked anything, she was there, doing everything she could to help. She collected money for tzedaka, cared for people when they were sick; everything she did was for others. Shortly after she passed away, after the seven days of , she appeared to me in a dream.

“She told me that after she died, instead of going through the painful and frightening purification processes of ‘the slingshot’ and ‘the thrashing of the grave,’ she was received warmly by the neshamos of all those people she had helped, and led directly to one of the highest heavens.

“She told me that nothing is valued in heaven more than brotherly love, and beseeched me to also begin a life of tzedaka and good deeds.

“That is why I bought these goats. I give free milk to whoever needs it, and it has done wonders for people, simply wonders, and I am so happy I can help.

“Since then, my wife never appeared to me again. It’s been ten years since then, but today, just before I woke up, she came. She told me that this morning I would meet a holy man and he would change my life, and I’m sure she was talking about you. Please stay with me for a few days and teach me Torah.”

I stayed with Herschel for several days, and watched the way he lovingly cared for his goats and how he dispensed their milk to dozens of people that needed it, everything done with a simple, contagious joy and with no egotism whatsoever. But, on the other hand, he was a complete ignoramus and could barely read.

I discussed it with the tzaddikim, and we decided to take him under our wing and teach him Torah. For three years we taught him the most basic seforim, and then one day his mind simply opened. He suddenly understood and remembered everything we taught him, even the most difficult concepts in Talmud and in Kabbalah, but he never lost his simplicity.

After five more years he became a great hidden tzaddik and mystic in his own right, and moved to the city of Ostropol. There, for the next ten years, he helped, and even saved, hundreds of Jews with his tefilos and brochos.

But the story has a strange ending. As fate would have it, Herschel passed away on a cold, rainy day. The chevra kadisha of Ostropol did provide ten Jews to escort him to his final resting place, but otherwise treated him like a simple pauper. This was not received well in heaven. After all, Herschel was a holy man, and had helped myriads of people, and deserved much more honorable treatment.

A decree was passed in heaven that the city of Ostropol should suffer terrible misfortunes because of their mistreatment of Herschel.

I and many others tried to avert the decree, but to no avail. It seems that disgracing a tzaddik, although they do not care about their own honor, is no small matter.

Until, suddenly, the neshama of Herschel’s wife appeared before the beis din shel maalah.

All the accusing angels fell silent and she spoke. How could it be that the entire city of Ostropol would be punished because of her husband? Her husband had devoted his life to helping people. The greatest possible disgrace that could be done to him would be to cause anyone, no less an entire city, to suffer on his account. She demanded that the punishment be annulled.

“After short deliberation,” the Baal Shem Tov concluded his tale, “her demands were met.”