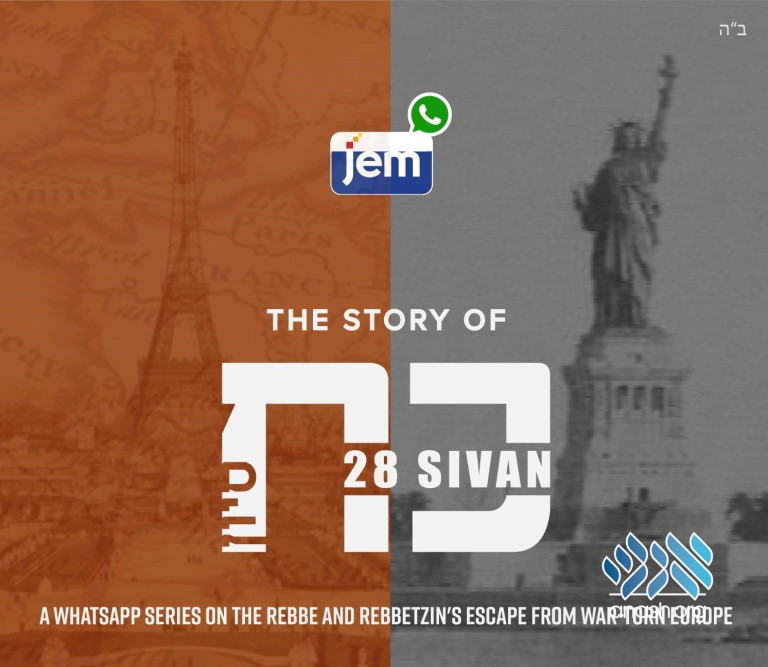 JEM on Whatsapp presents a new series recounting the story of the Rebbe and Rebbetzin’s escape from war-torn Europe and arrival on American soil in 1941.

In the leadup to the anniversary of this auspicious day, JEM will present a special WhatsApp series highlighting and documenting the extraordinary story that brought them to America.

If you’re not already receiving JEM’s daily videos, subscribe by sending a WhatsApp message to+1 718 774 6000 or click here.

The series will also air in French, Russian, and Hebrew. Subscribe in your language here.