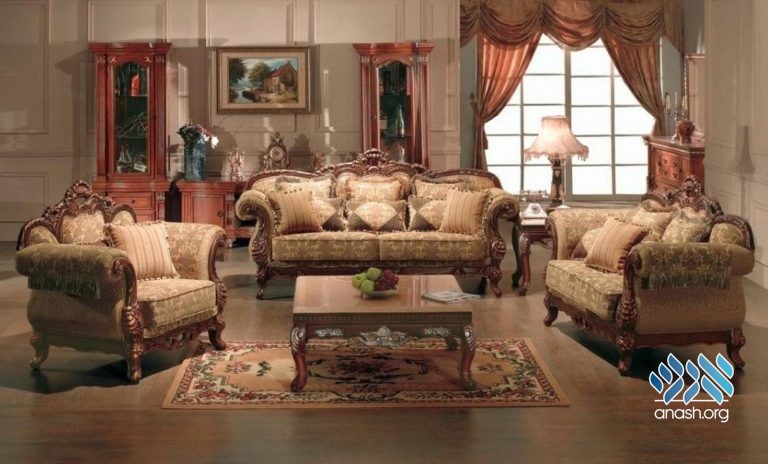 Melava Malka Story: Why did Reb Yisroel Hager of Vizhnitz visit the town bank manager’s home, only to sit silently for the duration of his stay?

It happened about a hundred years ago. Every weekday evening Reb Yisroel Hager, the saintly Vizhnitzer Rebbe, would go out for a stroll for about half an hour, accompanied by one of his shamashim. One day, much to the surprise of his shamash, the Rebbe stopped in front of a large house before the park, went up the steps, and knocked on the door.

The shamash had no idea what the Rebbe could possibly want in this house, which belonged to the manager of the town bank. The bank manager was most certainly not a chassid. In fact, he was one of the local leaders of the Haskalah movement. Nevertheless, when he saw the door open and the butler usher the Rebbe in, he quickly raced up the steps and slipped into the house too, not willing for the Rebbe to be left alone and unattended.

The bank manager came downstairs and couldn’t believe his eyes: the Vizhnitzer Rebbe in his house! He greeted his guest warmly, showed him to a comfortable chair in the salon, and sat down opposite him. After some initial pleasantries, he waited for the Rebbe to state the reason for his unexpected call.

A few minutes passed in silence. The host became a little uncomfortable. A refined cosmopolitan man, he would never presume to confront his distinguished guest about why he had come. Excusing himself, he walked to a position where the Rebbe couldn’t see him, and frantically signaled to the Rebbe’s attendant to join him in the hall.

“Why on earth did the Rabbi come here?”

“I have no idea. The Rebbe didn’t tell me anything. I saw him enter, so I followed him in.”

Perplexed, the bank manager resumed his seat. He looked at the Rebbe. The Rebbe looked at him. More silence. What was going on?

Finally, after several more minutes, the Rebbe stood up. Still not saying a word, he walked towards the door. Displaying good manners, the bank manager escorted him out. He followed the Rebbe down the steps and several paces along the sidewalk, started to turn back, then reconsidered and continued to follow behind the calmly strolling Rebbe.

When they reached the Rebbe’s house and the Rebbe paused to start up the steps, the bank manager finally threw off all restraint and called out: “Vizhnitzer Rebbe! Please excuse me for asking, but why did you come to my house? While you were my guest I would never presume to ask, but now we are at your house, so I can ask you.”

The Rebbe turned slowly towards him. “I came to your house to fulfill a mitzvah. Baruch Hashem, I succeeded.”

“But what does it mean to not say anything?” the Rebbe continued. “To sit in my house in silence? So I went to the person to whom I’m not supposed to say what he won’t listen to, and refrained from saying it…”

“So what is it that you did not say?” queried the bewildered bank manager.

“Because then I will lose my mitzvah!”

“But how do you know that I wouldn’t listen?”

“But you can’t know that. You must tell me what it is!” pleaded the bank manager, totally overcome by curiosity.

“All right,” said the Rebbe reluctantly. “Yesterday a distraught woman, recently widowed, came to speak to me. Apparently, she received a notice from your bank that it has decided to put her house up for auction next week because she owes so much on the mortgage. That means she and her little children will be out on the street. She asked me to speak to you, because she knows that you are Jewish. She hoped I could influence you to be compassionate. I, however, did not bring it up to you because of the mitzvah to not say.”

“But Rebbe,” cried out the bank manager in frustration, “You don’t understand! It’s not me she owes the money, it’s the bank. I don’t own the bank, I only manage it; besides, I don’t set policy. “

“Right,” the Rebbe interrupted. “As I said. I knew you wouldn’t listen. Good night.”

The Rebbe walked up the steps to his dwelling, followed by his shamash. The door closed behind them. The bank manager stood immobile, stunned. Finally, he walked home, alone and bemused. But the matter had entered his heart and he was unable to dismiss it.

Before the week was up, he paid the widow’s entire mortgage out of his own personal account.