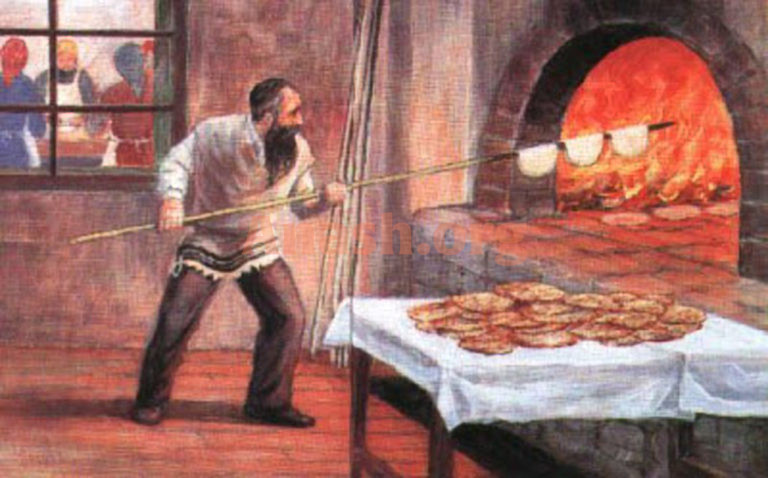 By Rabbi Y.D. Klein for Chabad.org

The mitzvah of matzah is one of many mitzvot established to commemorate our exodus from Egypt. Specifically, the matzah commemorates the specific manner in which we were redeemed from Egypt. As we say in the Hagaddah: “this matzah that we eat, for what reason [do we eat it]? Because the dough of our fathers did not have sufficient time to become leavened before G‑d revealed Himself and redeemed them.”

According to the Sefer Hachinuch, (a thirteenth century work which enumerates the mitzvot and explains their basic laws), by performing actions that commemorate the exodus from Egypt, we strengthen our belief in the omnipotence of G‑d and in His ability to change nature and perform miracles, as He did when He liberated us from Egypt. This is because our hearts are drawn after our actions, when we perform actions that remind us of redemption this strengthens our belief.

Similarly, the Zohar writes that the matzah strengthens our belief in G‑d, calling the matzah “the bread of faith.” However, according to the Zohar, it is not simply (as the Sefer Hachinuch explains) that matzah reminds us of our exodus from Egypt, which in turn—when meditated upon—strengthens our faith, rather the matzah itself, when ingested, has a direct effect on our faith.

The importance of this mitzvah is highlighted by the fact that, as Rabbi Moshe Sofer, the Chasam Sofer, (1762-1839) points out, the mitzvah of matzah is the only remaining Biblical mitzvah that involves eating. In the times of the Temple there were many examples of such mitzvot, such as eating various sacrifices, or eating the tithes and so on. Nowadays, however, we are left with only one Biblical mitzvah involving eating.

Eating Matzah the Rest of Pesach – Mitzvah or Reshut?

As established above, the Talmud explains that the verses which seem to imply that matzah should be eaten all seven days, actually mean that matzah would be the only bread-like unleavened option during this time. Most authorities take this at face value and believe that there is no mitzvah (or value) whatsoever in eating matzah throughout the rest of Pesach (other than independent obligations unconnected to Pesach which require one to eat “bread” on Shabbat and Yom Tov.)1 However, the practice of the Rabbi Eliyohu of Vilna, (1720-1797) the Vilna Gaon was to be careful to eat matzah during all seven days of Pesach, including during Chol Hamoed – the intermediate days. He assumed the position that while there is no actual obligation to eat matzah during these days, nonetheless, one still performs a mitzvah by doing so.

This position is also found (explicitly or implicitly) in the writings of a number of Rishonim,including the Ibn Ezra, (1089-1167), the Hizkuni (thirteenth century) and Rabenu Asher, (1259-1327), the Rosh. According to this view, the verse “seven days you shall eat matzahs” is to be understood literally, there is indeed a mitzvah to eat matzah during these days, even given the verses that specify eating matzah on the first night, which teach us that only then is it obligatory. As to the fact that the Talmud refers to the eating of matzah on these days as reshut (optional), they would explain that when contrasting a mitzvah with an obligation the mitzvah would be classified as reshut.

Rabbi Yisroel Meir Kagan, (1839-1933), the Chafetz Chayim in his authoritative halachic work, Mishnah Berurah and Rabbi Yechiel Epstein (1829-1908) in his halachic work the Aruch Hashulchan both approve of this practice. However, as the Lubavitcher Rebbepointed out, it is clear that the Alter Rebbe did not consider it to be a mitzvah.

Nevertheless, a middle-ground approach is advanced by Chabad Chassidic sources: On the one hand, in line with the opinion of the Alter Rebbe, they understand there is no obligation to eat matzah on these days. However, they emphasize that there is still a great advantage to eating matzah specifically when one is not obligated. In a certain sense, eating matzah when it is entirely optional can lead to greater spiritual heights than when one is obligated.

How Much Matzah Must be Eaten and in What Timeframe?

The verse, “on the evening they shall eat matzahs,” does not specify how much one should eat. However, there is a general principle that, “there is no eating less than a kezayit” — an olive sized amount. Anytime the Torah prohibits the consumption of something, an olive sized amount is meant. Similarly when the Torah commands us to eat matzot, one is obligated to eat an olive-sized amount of matzah.

(It must be emphasized that the discussion here concerns itself with the basic Biblical obligation of matzah. However, practically speaking, as a result of a number of rabbinic obligations and considerations beyond the scope of this article, on Seder night one is in fact obligated to eat anywhere between three and five kezeisim of matzah.)

Read the full article at Chabad.org