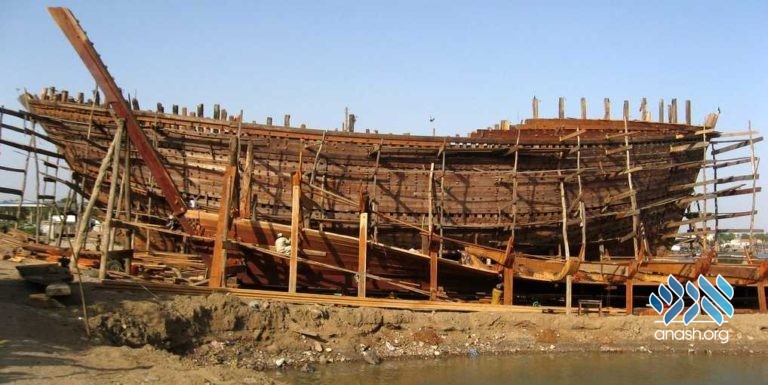 Betzalel’s shipbuilding business produced some of the finest vessels to sail the seas. His work caught the eye of the Tsarist Navy, and he was contracted to produce their next line of warships. It was an unusual job for a frum Yid, and his success aroused jealousy, even among his own artisans.

Despite the fast pace of construction, Betzalel’s supervision never wavered. He prowled his workshop, on the lookout for even the minutest of mistakes. There was no room for error; he had to make sure his work was seaworthy.

But Betzalel had no way of knowing that behind his back his workers were deliberately sabotaging the fleet. Bent on seeing their Jewish employer lose his job and national credibility, they had made gaping errors. They hid their sabotage well.

The day of the maiden voyage for the first ship finally arrived, but things did not turn out as Betzalel had imagined. An inspector from the Navy arrived at the harbor. Secret sources from inside Betzalel’s workshop had informed him of weaknesses, supposedly put there at the behest of the treacherous Jew. If taken to sea, the ship would crack like a brittle toy.

After a brief handshake, the inspector began to circle the ship like a stiff vulture. Betzalel, who had expected a warmer greeting, was surprised. He followed the inspector, watching as he prodded the ship angrily in certain key places. Realization dawning, Betzalel’s heart sank. He had been set up.

“You’ll be ordered to appear before a judge for deliberate sabotage of the tsar’s own vessel!” roared the inspector, shaking with fury.

Betzalel was speechless. And appropriately so. He knew exactly what the outcome would be if he were found guilty of the severe accusations. How could he prove his innocence?

An idea came to him. Close to his hometown was a village by the name of Liadi, home to the Alter Rebbe. Perhaps the tzadik could advise him.

Betzalel laid out his predicament before the Alter Rebbe. Expression somber, the Alter Rebbe rested his head on his hands for several moments, lost in deep thought. Finally, he looked up.

“Do as I tell you, and with G‑d’s help, you’ll be acquitted.” And he laid out a set of steps for Betzalel to follow.

Betzalel didn’t consider himself a follower of the Alter Rebbe, and the instructions seemed a bit dubious. Nevertheless, with nothing to lose, he resolved to follow them.

First, he purchased the most striking horses available: a pair of magnificent steeds that attracted stares, as well as whispers behind cupped hands. It cost Betzalel a small fortune but he was determined to follow the Rebbe’s orders.

From there, he proceeded to the wainwright’s workshop, where he asked to see the finest model—ornate and breath-arresting, delicately balanced on gleaming, wide-spoked wheels. When Betzalel harnessed the horses to the coach, a transport seemingly fit only for the king himself stood before him.

It was also his ticket to St. Petersburg, the capital of Russia and home to the tsar himself. There, he asked around and became familiar with the tsar’s schedule. All that was required now was a bit of patience.

Still following the Alter Rebbe’s advice, Betzalel began to drive his coach near the palace at the times he knew the tsar was about, hoping to catch his eye. And, just as the Alter Rebbe predicted, one day a servant came running out of the palace gates and over to Betzalel.

“Would you be so kind and sell your magnificent horses and coach?” inquired the servant.

Betzalel creased his face, as though weighing a difficult proposition.

“Please, oh please,” begged the servant. “Will you at least sell the horses?”

Betzalel refused again, reiterating that nothing could compel him to part from his handsome hors—

“It’s the tsar’s wish,” rejoined the servant. “It is he who wishes to purchase your beautiful beasts.”

As though struck sideways by the flattery, Betzalel leaped from the coach.

“Why didn’t you simply say so?” he asked good-naturedly. “If it’s for the tsar, I don’t want a single kopek. He can have it as a gift! From me!”

The servant hurried to grab the reins and rolled the coach into the palace yard. Who wouldn’t be eager to inform the tsar of a terrific success?

But the tsar didn’t need telling. He had been standing on his balcony, watching the entire exchange below. When the servant finally made it inside, the good news on the tip of his tongue, the tsar sent him right back out to get the man’s name and his town of origin.

He returned shortly with the information and the tsar tried to place where he knew the name Betzalel the naval engineer. In one enlightening moment, it all suddenly clicked. This must be the Jewish engineer awaiting trial for deliberately sabotaging a Navy contract!

“That brazen Jew, he managed to bribe the tsar himself,” mused the tsar softly through his teeth.

Indeed Betzalel did leave an admirable impression on the tsar. How could a man so affable commit a crime so heinous? He ordered a thorough investigation, and before long a vastly different account was presented to him. Aided by confessions, the plot was discovered and the perpetrators were punished. All charges against Betzalel were lifted.

Betzalel hurried to thank the Alter Rebbe. It was an open miracle! How had the rebbe known that the king would be taken by his horses?

“The Torah warns a Jewish king not to occupy himself with too many horses,” explained the Alter Rebbe unassumingly. “We learn from here that a king naturally has a curious obsession with horses…”