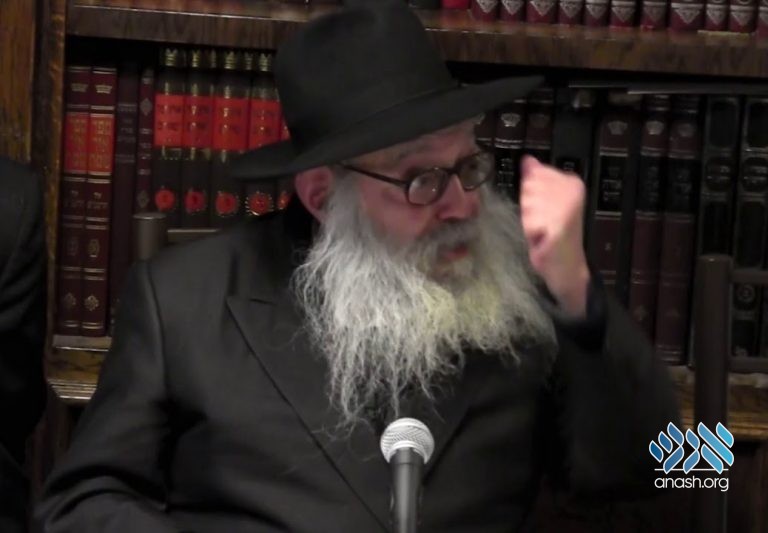 Stories Rabbi Groner Told: The woman was surprised. ““My foot? Which one? I completely forgot about it!” Stories of how the Rebbe cared for each seemingly small detail.

A woman once went in to the Rebbe for yechidus. Before she left the room, the Rebbe asked, “How is your foot?”

She replied, “My foot? Which one?”

“What do you mean?” the Rebbe said. “Two months ago, your husband wrote me a letter, and mentioned that you fell and hurt your foot, and I didn’t hear an update, that’s why I’m asking.”

“Oh,” she said, “I completely forgot about it.” But the Rebbe remembered.

On that topic, occasionally, the Rebbe would request the mazkirim to place follow-up calls to certain individuals to find out how they were feeling.

The Rebbe cared for Jews and non-Jews alike. A New York State Senator once contacted me and said, “I am not Jewish, but I have a major family issue. I turned to various people for advice, with no luck, and some colleagues of mine – Jewish senators – told me that if I wanted a solution to my problem, I should turn to Rabbi Schneerson, the Lubavitcher Rebbe, and request a private audience.”

So, I arranged a yechidus for him. After the yechidus, I could see that he was genuinely excited. I said, “Your Honor, I don’t mean to intrude, but… if there is something for us to learn from your conversation with the Rebbe, would you mind sharing it with us?”

The senator replied, “First off, I am indebted to my fellow Jewish senators for suggesting that I meet with the Rebbe. The Rebbe’s advice was brilliant – invaluable! As I got up to leave, the Rebbe said, ‘Mr. Senator, please have a seat. Let’s turn the tables around. You came to make a request of me, now I’d like to make a request of you.’

“The Rebbe continued, ‘There is a growing neighborhood on the lowest east side of Manhattan called Chinatown. These people are quiet, reserved, hard-working and law-abiding, the type of citizens most countries would treasure. I was recently notified that there are funds in escrow from Washington D.C., Albany, New York and New York City which are designated for allocation to benefit Chinatown, but they haven’t yet been dispensed.

“ ‘Since you are their senator, it would behoove you to investigate the matter in order to expedite their allocation. If you succeed, you will be making the lives of these people, who are often overlooked because of their reserved nature, more comfortable and problem-free. It’s important to assist each member of this community.’ ”

The senator concluded his briefing to me, “Do you hear what’s going on here? The Rebbe has a community of thousands in New York who could benefit from government programs, and institutions all over the country for which I am in a position to help secure funding. And I am positive that not one Chinese person from Chinatown knows the Rebbe personally; and I’m positive that Rabbi Schneerson does not know one Chinese person from Chinatown personally. But that doesn’t faze him. So long as there are people who need help, be they Jew or gentile, the Rebbe jumps to assist them the very moment he learns of their predicament. Now that’s a true leader!”