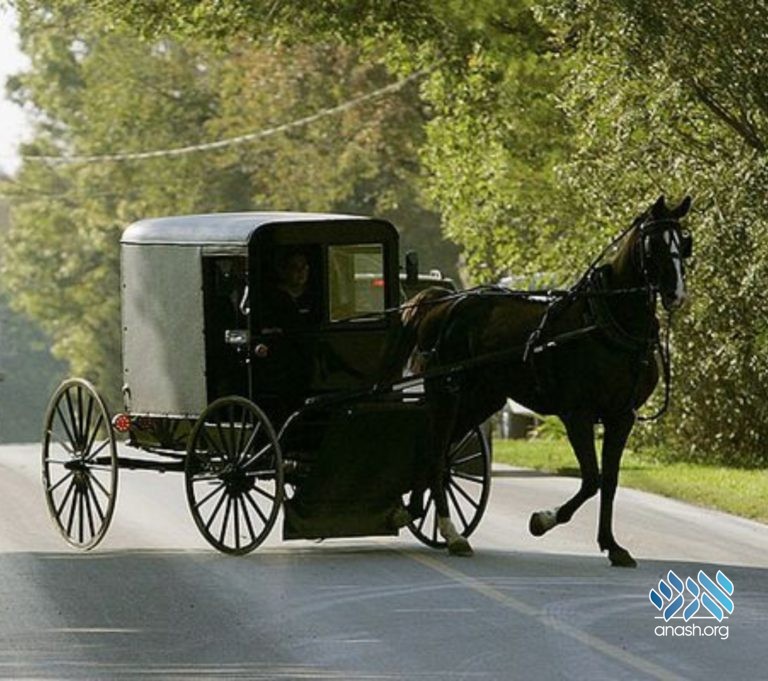 This story was recorded by Rabbi Yaakov Kadanir, as heard from Rabbi Aharon of Strashelye, a preeminent talmid of Rabbi Shneur Zalman of Liadi:

There once lived an innkeeper who had unfortunately accrued an exorbitant debt to the local Polish duke. The duke had the innkeeper and his family removed from the small inn they called home and forcibly brought to his estate, where they were imprisoned.

Then the innkeeper’s wife gave birth to a healthy boy. Seven days later, a delegation of townspeople trooped into the duke’s office and respectfully requested that the Jewish family be allowed to perform a bris milah on the newborn. Mindful of the circumstances, they promised it wouldn’t take too long. Whether it was the formality of the convoy that impressed the duke or simply because he had a change of heart, the duke agreed, provided that there would be guards posted around them at all times.

With the newborn cradled in the mother’s arms, the family emerged from their prison, blinking in the sunlight, and the bored guards standing around the small clearing shifted to a more alert position. Ten men had come from the nearby town, and the bris was deftly performed. After wishing the parents a hearty “mazal tov,” the guests, along with the duke’s gatekeeper, sat down for a seudas mitzvah. Guests and gatekeeper alike were singing boisterously, and the guards also joined the drinking and soon nodded off to sleep.

Night had already fallen when the gatekeeper turned to the guests with a glint in his eyes. “I have three very strong horses, fast as deer,” he whispered. “If you’re willing to pay, I’ll take the innkeeper and his family to a city far from here. Tonight.”

The man’s plan made sense. Winter nights were long and the roads were not yet entirely covered with snow. The guests dug deep in their pockets, pooled together some rubles and handed them over to the gatekeeper. The gatekeeper grabbed the innkeeper and his family and hauled them onto his muscular horses, and the unlikely band barreled through the gates of the duke’s estate. Not a guard stirred.

They were partway to the city when the innkeeper and his wife suddenly realized that their baby was not with them! They had left him behind on the duke’s estate. Through sobs and shrieks, the parents begged the gatekeeper to return. But the gatekeeper didn’t care. His life was already on the line, and a return to the estate would be an effective way to end it. He ignored the desperate pleas and spurred his horse to go faster.

Back at the estate, one by one, the guards awoke and looked around them with horror. The innkeeper and his family were nowhere to be seen. Search parties were dispatched. But no luck. All the prisoners were gone except for the baby.

The gatekeeper soon returned and spun a brave tale with himself at the center. The family had taken the horses and escaped. He had tried to chase them, but they had outrun him. By the time he was done, the duke believed that the prisoners outsmarted him. As for his part in the daring flight, the gatekeeper was never suspected.

When the boy turned eight, the gatekeeper taught him how to herd sheep and began sending him out into the field. And it was then that he learned of his heritage. He was in the field, tending the sheep, when the other shepherds began to taunt him.

“Do you really think that the gatekeeper is your father?” they sneered. “You’re not really one of us, you know? That’s because you’re a Jew.”

The boy listened with disbelief as they recounted the entire story.

“That never happened,” the boy shot back.

Presented with this irrefutable proof, he felt shaken to his core. He was suddenly gripped by a need to discover everything he could about Yiddishkeit. He had to escape.

When the gatekeeper and his wife left on a trip, the boy knew this was his only chance. He dashed out the front door, down the familiar roads, and past the town’s outskirts. He continued running until he chanced upon a shtetl. There, he told his story to the bewildered passersby. They helped him get settled with a family, where he was given food and clothing, including a tallis katan in his size. Now he looked like the Jew he was.

He stayed in that town for an entire year, learning the alef-beis and the daily prayers. Eventually, the townspeople sent him to a different town, further away, as his identity was always at risk of being discovered. The boy steadily progressed through Chumash and basic Talmud. After his bar mitzvah, the boy traveled to a yeshivah, where he became quite a scholar. From there, the boy, now a young man, was selected as a melamed by a tavern owner, whose sons needed the constant presence of a teacher.

This tavern owner was a chassid of Rabbi Michel Zlotchover. Before his next visit to see his rebbe, he asked the tutor if he wanted to come along.

“Yes, of course I’ll go,” said the young man. “Maybe the Rebbe will be able to help me locate my parents.”

And so the two headed for Zlotchov the next day. The tavern owner was the first to be ushered into the Rebbe’s room, followed by the young man. Deciding that it would be better to start from the beginning, the young man recounted his whole story. Locating his family and seeing them again weighed on his mind more than anything.

“Wear this under your clothes,” said Reb Michel, handing his handiwork to the young man. “It must remain tightly sealed until you’re standing under the chupah with the rabbi close by. He is to open this pouch and read whatever is written, after which he may proceed with the chasunah.”

For years, the young man wore the odd piece of leather underneath his clothing wherever he went. He traveled to a faraway town and again found work as a melamed, a task to which he was finely suited. When he turned nineteen, offers of shidduchim began to pour in.

A wealthy man who lived nearby took a liking to the young man. As time passed and the two conversed more and more regularly, their relationship developed into one of mutual respect and affection. The rich man had a daughter, and he proposed a shidduch between the two young people.

“I can’t continue with this,” said the young man, glancing at his future in-laws, whose candlelit expressions turned from blissfully content to shock. Under the chupah, with everyone gathered around him and his kallah, he was moments away from placing the ring on her finger when he remembered Reb Michel’s instructions. “I have orders from Reb Michel of Zlotchov to have a qualified rabbi present during my wedding. In no way am I proceeding without this condition.”

Without much choice, the wedding was rescheduled for the following day and the well-dressed crowd disbanded, grumbling to themselves. A carriage was soon sent to a nearby town to retrieve a rabbi upon the wealthy man’s orders.

The following evening, the wedding ceremony was repeated, albeit this time under the watchful eye of a rabbi. The young man reached under his glossy coat, pulled out the fraying slip of yellowed parchment, and gave it to the rabbi. Dozens of pairs of eyes followed his every move as he unfolded the parchment and peered at Reb Michel’s handwriting. The rabbi’s eyes widened in surprise.

“I . . . I don’t understand,” the rabbi said softly. He showed the young man the words he had carried for years.

There were only six words: How could he marry his sister?

The young man stared at the words in shock. This can’t be happening, he thought. A bubble of joy began to form inside his chest, growing bigger and bigger until he sprang from beneath the chupah and began prancing through the stunned crowd, clapping his hands with every skip. A wave of murmurs washed over the crowd. The parents of the bride watched in horror, convinced that their prized chosson had descended into madness.

The rabbi ran over to the young man.

“Why are you acting like this?” he demanded. “What do those words mean?”

The young man told the rabbi everything. It was clear to him that Reb Michel of Zoltchov knew that his father-in-law would be his real father and the bride his sister.

The rabbi began to question the father-in-law, who was still confused by the entire story.

Where did he come from?

The father-in-law described his escape from the duke so long ago.

Did he save all his children?

No, as he left behind one son, a newborn.

How many years ago did this all happen?

The young man interjected, “I too am nineteen years old. I am the newborn you forgot, and the bride is my sister. So-and-so is the gatekeeper and such is the name of the duke’s estate, correct?”

The parents embraced the boy they thought was lost forever, drenching their wedding attire with tears of joy.

Needless to say, the dancing and joy following this long-awaited reunion was greater than any wedding.