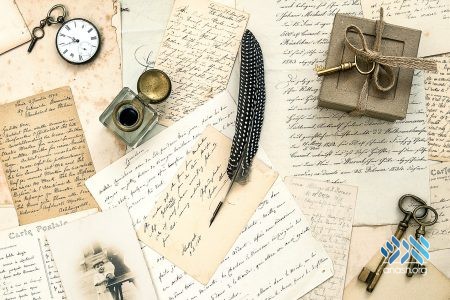 Out of nowhere, Zalman’s network of businesses suddenly collapsed, leaving him scrambling to pick up the pieces.

Not long before, he had found himself nearing the societal ceiling of Lelow, Poland, sitting on a fortune amassed from shrewd investment and hard work. Merchants from across the land sought his partnership, and he married off his son and daughter in lavish settings, giving them generous gifts with which to begin their new lives.

But now he rushed to blindly sell everything he owned—even his house—in an attempt to resuscitate his dying business. Nothing helped. His children shunned him, using various pretexts to turn a blind eye to his misfortune, and as if things couldn’t get any worse, his wife passed away after a bout of illness. Poor Zalman was left with nothing and no one.

With a grief-sodden heart, he approached Rabbi Yisrael of Ruzhin for assistance.

“I’m sure there are many in Lelow who would help you,” said Rabbi Yisrael. “I’ll write a letter to the city’s Chassidim detailing your situation. They’ll help you get back on your feet. There’s nothing to worry about, I assure you. There is one thing I ask of you, however: Upon your return home, find yourself a G‑d-fearing wife.”

True to the Rebbe’s word, the committee soon delivered a sum of 500 zlotys to the formerly wealthy man. Zalman wasted no time. He invested the money and reignited his business with much success. He also married a distinguished woman, who came to the marriage with a 200-zloty dowry. His misfortune had come to an end.

Noticing his father’s return to a life of wealth, Zalman’s son revived their kinship and stopped by to talk more often. But it seemed filial love wasn’t the motive. Always sure to avoid the new wife, the son dripped words of acid into his father’s ears about his recent decisions. The daughter also chimed in.

“You should’ve never remarried,” they told him. “Your age… you’re not exactly young. This woman is nothing but more responsibilities. Divorce her and come live with one of us.”

Zalman was wise enough not to listen to his children, but they were relentless. They would do everything Zalman wished, they promised, if only he would do one thing — leave his wife for them.

They were persuasive. With time, Zalman began to wonder whether he’d done the right thing.

On the way to a business fair, he decided to stop in Sadigora, where Rabbi Yisrael of Ruzhin was then living.

“Maybe my children are right,” Zalman suggested to Rabbi Yisrael. “Could it be that they have my best interests in mind? Recently, I’ve felt convinced by their promises.”

Rabbi Yisrael knew better. “Our chachamim say that one is allowed to bend the truth for the sake of peace,” he said. “I want you to write three letters: One to your wife, one to your son, and one to your daughter.

“In the letters, tell them you’ve lost all your wealth and lack even a home, and you need to stay with them for some time. Send the letters, and remain here in Sadigora as my guest.”

Zalman did so and waited impatiently for the replies. Three letters, addressed to Zalman the Merchant, soon arrived. He tore the first one open and read, a frown steadily creasing his face.

“Dear Father, I ask your forgiveness and understanding. I’ve been plagued by a miserable financial spell and I’m unable to host you. Hopefully, the community in Sadigora will take care of you.”

Zalman looked at the signature and felt strangely empty. It was from his son. He set the letter aside and reached for the second envelope. This one was from his daughter.

“It pains me to write this, but I can’t help you. My daughter has recently become engaged to a wealthy man, and the wedding expenses are overwhelming. Another soul in the house would be very difficult to sustain. Perhaps it would be better for you stay in Sadigora than to come back to that wicked wife of yours.”

Zalman opened the third letter, the one from his wife.

“I’ve received your troubling message. I assure you that as Hashem has helped us through everything we’ve endured, He’ll continue guiding us now as well. Don’t worry. I will sell my jewelry to provide a ride home for you. And as for livelihood, I’m willing to work in the market selling baked goods.”

Back in Lelow, Zalman asked the driver to wait in a nearby alley. His wagon was brimming with goods, but he was not ready to reveal that just yet. He marched inside, wearing his travel-stained clothes, looking like a man who had lost everything. His wife didn’t seem to even notice anything wrong. At his entrance, her eyes lit up, and she greeted him with a warm smile, repeatedly comforting him over his losses.

Zalman also notified his children that he had returned to Lelow, but the pair disregarded his invitation to meet.

Only then did Zalman instruct the driver to roll the overburdened wagon into the yard. From his travel bag, Zalman presented his wife with precious jewelry as a gift. He then spared no detail telling her of the events leading him to act out the ruse.

He was grateful for his wife’s unconditional support, and grateful to Rabbi Yisrael, whose wisdom had allowed him to hold on to his marriage.