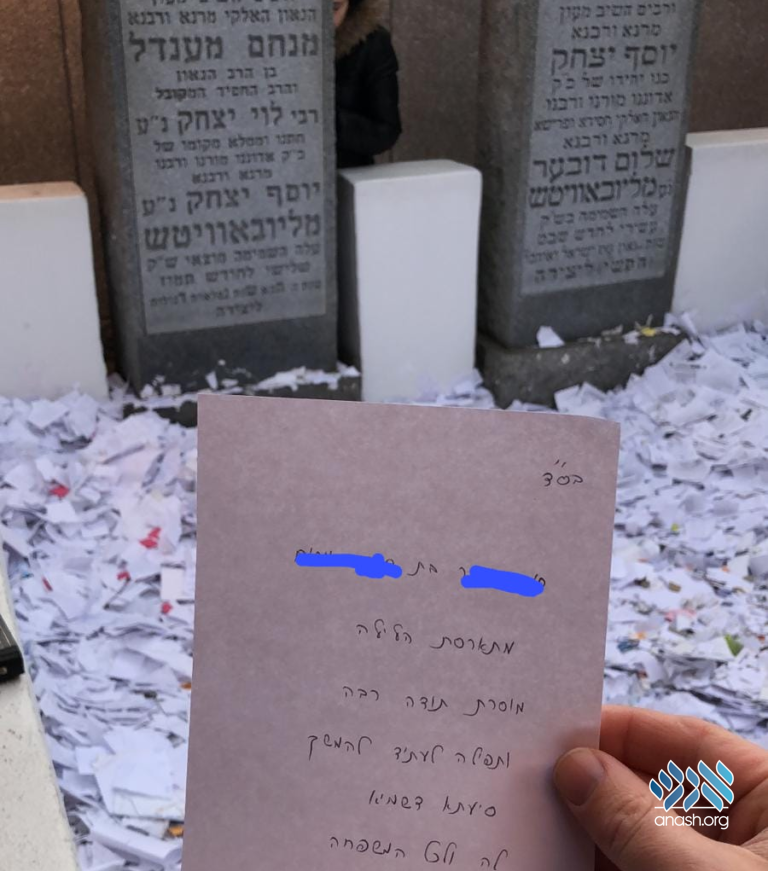 A Litvishe Rosh Yeshiva was astonished to see the Rebbe in his dream. Unbeknownst to him, a friend had visited the ohel to daven on his behalf.

As told by Rabbi Pesach Schmerling to Anash.org

Last night my neighbor and friend A.W. told me the following astounding story.

“My sister’s brother-in-law is a litvishe Rosh Yeshiva in Eretz Yisroel,” he began. “This rosh yeshiva has a daughter who has been searching for her shidduch for the past two years. As it happens, the father and daughter had no connection at all to chassidus.”

Last week, after finally finding her shidduch, the daughter of the rosh yeshiva celebrated her engagement b’sha’ah tovah umutzlachas.

At the engagement party, the happy father told his family what he had not revealed to them before:

“A few weeks ago, when the shidduch first came up, I had a surprising dream. In the dream, I saw the Lubavitcher Rebbe come up to me and give me two hundred dollar bills. The Rebbe then gave me a bracha ‘הישועה קרובה – בקרוב ממש’ – ‘Salvation is imminent – soon!'”

“When I woke up,” the Rosh Yeshiva continued, “I didn’t tell anyone about the dream. In fact, I felt very confused. Why should I suddenly dream such a dream when I have no connection to Chabad or to the Rebbe?

“Now that the shidduch has been successfully concluded, I am telling you, my family, about the dream.”

The kallah, hearing her father’s words, became pale. She started asking a long list of questions. “What night did you have the dream? What time was it?” Her father made a few quick calculations and told her exactly what night he had the extraordinary dream.

Hearing what her father said, the kallah filled in the second half of the story.

One of her good friends had traveled with her family to visit New York. Because her father had a connection with a certain Chabad rabbi, he took his family members, including his daughter, the kallah’s friend, to the Rebbe’s Ohel in Queens.

The kallah’s friend spent a long time inside the Ohel. While there, she spent many long minutes davening for her friend to find her shidduch soon. As she left the Ohel, she sent the following text to her in Eretz Yisroel: ‘I just left the Rebbe’s Ohel where I davened for you to find your zivug soon.’

That same night the Rebbe came to the kallah’s father to inform him that ‘salvation is near – very soon!’

“The family just celebrated the vort,” said A.W. “They made sure to send me to the Ohel to thank the Rebbe for his brachos, and to daven for siyata dishmaya in the future for the kallah and her entire family.”

It goes without saying that A.W. did as the family requested. While at the Ohel, he sent a picture of the tzetel he wrote on their behalf.