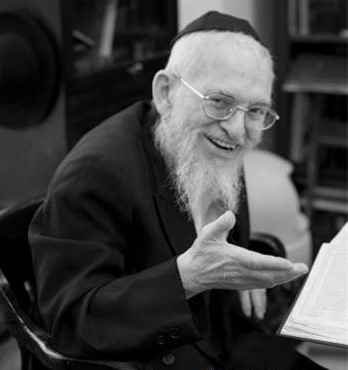 “Ah der revolutzianer!” The revolutionary! he addressed me with a devilish grin that I soon became familiar with. Rabbi Shimon Posner remembers Reb Yisroel Friedman.

By Rabbi Shimon Posner for Anash.org

“Ah der revolutzianer!” The revolutionary! he addressed me with a devilish grin that I soon became familiar with. It was my first day in my new yeshiva. I had bucked the system of graduating one yeshiva and following along the track to the next yeshiva, and instead, I joined a totally different track, Oholei Torah.

Changing tracks was not done then. Period. And there was an ill-defined but very present cultural chasm that I had crossed: OT was for children of Yiddish-speaking families who had suffered under Hitler or Stalin. At the time, there were far fewer than a half-dozen children of shluchim my age who had not grown up in Lubavitcher neighborhoods. To OT, I, raised in day-school suburbia, was Mom, flag and apple-pie all rolled into one: a cultural oddity.

And this was my introduction to the revered Rosh Yeshiva, Rabbi Yisroel Freidman, or Reb Yisroel, as he was called. A quick mind, a sharp tongue, a wicked humor, all with an uncommon self-deprecation and – as I realized much later – a knack for encouraging his talmidim’s curiosity. He gave a stellar shiur, but where he really came to life was interacting with his talmidim when they would come to his desk, ostensibly to ask a question, but in his eyes, it was an opportunity to connect individually.

“Oy du Yankee du!” he cried to me in (mock) exasperation. No Reb Yisroel, I corrected him. I’m from the South, and Southerners are called Rebs (short for rebel, a nickname from the War Between the States). You’re from the North, and Northerners are called Yankees. So, I’m the Reb. . .and Reb Yisroel’s the Yankee! He looked flummoxed, as he pondered my twisted logic. “Vos dreist du mir a moyach! Az du bist nisht kein Yankee, ver iz yoh a Yankee!” What are you talking about? If you’re not a Yankee, then who is a Yankee?

I was a sharp-tongued, passionately opinionated teenager, until I became old and dull. And he delighted in teasing our conversations to a point where I would start pontificating. And he would positively beam. I wasn’t sure why he was enjoying himself so much. “Du darfst veren a mashpia,” he casually mentioned one day, “men darf dir nor oislernen a por chasidishe tenuos” he said with the air of a contractor looking up from a blueprint and surmising what adjustments have to be made to the project. And from then on, he would be sure to teach me little Yiddishisms.

“Here’s a word for you: zhulik,” and he proceeded to explain it as an endearing cross of a wise guy and a whippersnapper (itself a Southernism that I don’t know how to translate). BTW, the dictionary definition is a swindler, but Reb Yisroel used it differently.

There was a little old man, with an oversized coat, who used to come to the Zal for Maariv. He would sit on the side, waiting patiently and it was easy to forget he was there.
“Say it: zhulik.” Reb Yisroel continued his tutelege.
“Zhulik,” I repeated.
No, said he. You’re saying it like a Yankee. Zhulik!!! with a sting to it! he corrected me.
“Zhulik!!” I bellowed dutifully.

The little old man looked up at us, startled and horrified. Reb Yisroel and I both noticed him at the same time and we dissolved in fits of laughter. And this man was beside himself: seeing a talmid call the Rosh Yeshiva a zhulik and both of them laughing about it!

When Reb Yisroel came to my mother’s shiva, I reminded him of the story and we both laughed again.

Years after I left yeshiva, we were both standing in the hardware store on Kingston, waiting in patient silence for the new worker to help each customer. Reb Yisroel got impatient.

Self-deprecation is not the hallmark of conventional Roshei Yeshivos, who are addressed in the third person. “Would the Rosh Yeshiva like…” “Does the Rosh Yeshiva believe…” Someone from that milieu, might think that there was less respect for Reb Yisroel than in the traditional yeshivas. They would be wrong. Quite wrong.

A serious thing he taught me: learning the Alter Rebbe’s Birchas Hanehenin I approached him with a question. It seems from the text that one only makes a mezonos on lekach, but not on other cakes.
Nu, he asked.

But I don’t see that people generally do that, I challenged him, using the word menschin for people.

“Un ver haist bye dir menschen, di vos gein mit gepreste haizin?”
Can’t really do justice to that, but basically, just because people are doing it, doesn’t mean that they know what they’re doing. He let that sink in a minute and added, “Elye Chaim doesn’t make mezonos on cake”. (Elye Chaim being the pious elder of the yeshiva.) I shared that with a friend (CS Steinmetz) who refuted that he had seen, at a farbrengen, that Elye Chaim did eat cake with a mezonos. I returned to Reb Yisroel with that tidbit. That’s only because other people were there, Reb Yisroel explained. In his own home Elye Chaim wouldn’t make a mezonos on regular cake.

This story is loaded with lessons. Don’t assume people have thought things through — that’s why we have holy texts. And certain behaviors, while warranted and prescribed, are only followed by a select few — and they don’t flaunt it. And when they are in public, they assume an unassuming demeanor. And sometimes by keeping your eyes on such a person you gain more than if you try to imitate them prematurely. And calling someone by their first name, without even a Reb, can convey more respect that those who are routinely addressed as Harav Hagaon. These lessons aren’t written in stone. They are not even written, and I’m ambivalent about writing them down, because they can be misconstrued – but these lessons are important. So, I hope I won’t regret having shared them.

He once half-jokingly called me a pereh-odom, and saw that I wasn’t taking it well: he immediately apologized. Genuinely. When he passed away, a friend shared the story how the bochurim had gotten hold a of a throne-looking, ostentatious, old-fashion, chair and put it in his place. He came into the room with a puzzled look. And the talmid explained: a big Rosh Yeshiva needs a big chair. He laughed.

Maybe I can’t repeat verbatim his shiurim. But there is so much I learned from this man. I was surprised when he passed that so many of his talmidim (I didn’t say all) were in pain — and filled with tender memories. Sometimes the most revolutionary teaching that you can give your talmidim is that you treasure their company

I never realized it until today: I loved him.